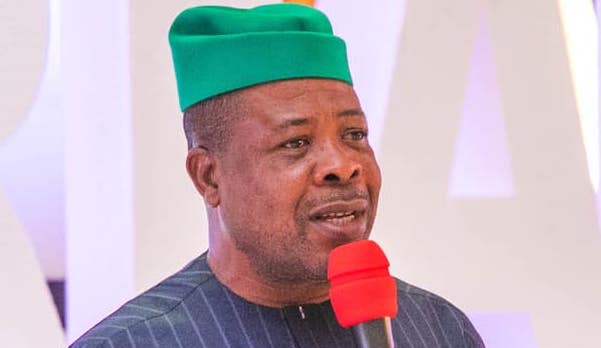 The Imo State government said on Thursday the state’s former governor, Emeka Ihedioha, would be asked to explain how he spent the N20 billion allocated to the state by the Federation Account and Allocation Commission (FAAC) with nothing on the ground to show for the huge revenue accrued to the state during his brief stint in office.

The state Commissioner for Foreign/ International Affairs, Fabian Ihekweme, who disclosed this in a statement in Owerri, said the funds wrongfully used by the Ihedioha administration would be recovered to develop the state.

Ihekweme said: “It baffles me how we have degenerated to this pitiable level of playing dumb in our public engagements. It is so shameful that highly educated people still don’t understand the impact of the current global economic meltdown that has crippled world economies and brought economic hardship to even the wealthiest nations.

“Let me also refresh your minds especially for people who may have started experiencing symptoms of memory loss, that during the eight months of Rt. Hon. Emeka Ihedioha’s illegal occupation of Douglas House, the global crude oil price was between $57 to $61 per barrel.

“You may wish to recall that during that period, Imo State Federal Allocation net worth, was approximately between N5.1billion to N5.8billion. And yet, Ihedioha could not even sand fill any pothole in Owerri.

“It is also important to note that Ihedioha awarded road contracts worth over N57billion, he mobilised his friends and political associates as contractors but turned around to collect the money back from them. That’s why those contractors could not even move their equipment to the site.

“Maybe I need to remind us that the global oil price has fallen to an unbelievable level. Today, one barrel of oil is sold at $11 and I can authoritatively tell you that Nigeria has stopped selling and our customers are no longer buying because the cost of production is now higher than the selling price.

READ ALSO: US halting of WHO funding bad for Africa —NCDC DG

“Every right-thinking man knows that the government at all levels are currently receiving little or nothing in terms of federal allocation.