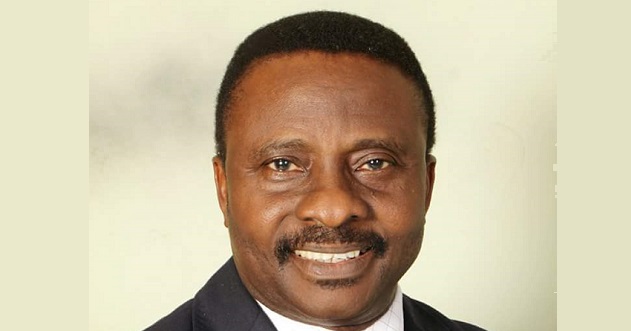 Ayokunle made the call in Abuja on Monday while hosting a MACBAN delegation, led by its National Secretary, Baba Ngadzarna, and Alhaji Sidia Metankari, who came to congratulate him on his re-election and to seek a date for dialogue with the leadership of CAN on the ongoing national security challenges.

According to Ayokunle, CAN was not against the President, adding that all the association was demanding was for the government to be responsive to the yearnings of Nigerians.

Attributing the challenges facing the country to lack of good leadership, the CAN President noted that good governance would change the negative narratives in the country.

Ayokunle said: “The leadership of CAN is not attacking President Muhammadu Buhari on religious grounds. All we are asking the government for is to be more responsible and responsive to the yearnings of the people of Nigeria irrespective of their faith, ethnic background and political leanings.

“Good governance will surely change the current disturbing narratives. There is no reason why the criminals amidst us should not be brought to book. Now that you have said it is not all herdsmen that belong to MACBAN, then your association should stop justifying the atrocities being perpetrated by these criminals.”

Continuing, Ayokunle, who is also the President of the Baptist Conference of Nigeria, observed that criminal herdsmen were giving Buhari a bad name, adding that as the President’s kinsmen, the only way the Miyetti Allah could support the Presidency was by exposing the killers among them.

“The criminal herdsmen are giving the President a bad name and the only way this can be stopped is by exposing those criminals that are carrying guns around, maiming and killing innocent people.

“President Buhari is Fulani like you and the best thing you can do for him is to expose those criminals. This will make Nigerians not to reject another Fulani man who may want to rule.”

He further stressed that the wave of anger against the herdsmen by Nigerians resulted from their criminal activities.

“Most of those who are angry with the Fulani herdsmen do not just hate them but they have been victims of attacks by suspected criminal herders,” the cleric stated.

The CAN president, while commending MACBAN for the initiative, promised to work with the leadership of the association in the quest for peace and stability of the country.

In his remarks, the MACBAN Secretary General said all criminals masquerading as herdsmen were not their members, but armed cattle rustlers from outside the country.

“Those carrying AK-47 rifles around are cattle rustlers who came from outside the country and are capitalising on the porosity of our borders,” Ngadzarna said.

He also blamed the crisis between herdsmen and farmers on climate change, increase in population, illiteracy, cattle rustling and failure of government to address their needs.