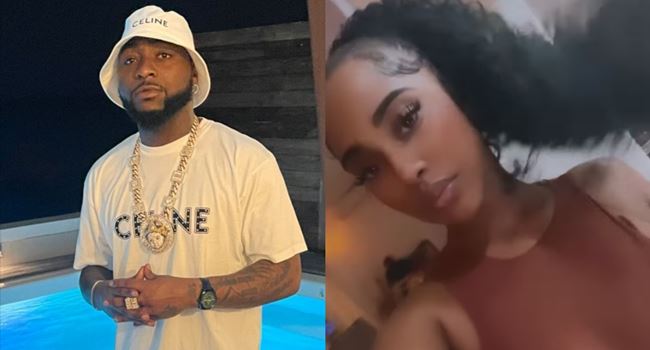 Nigerian recording artiste, Davido has raised eyebrows after he was seen with an American lady, Mya Yafai who was in a relationship with lesbian rapper, Young M.A.

The relationship between Davido and the young lady is yet to be defined as he was seen holding her hands as they crossed the streets of St. Maarten.

There are ongoing speculations that Davido has called off his relationship with his fiance, Chioma Rowland. Nonetheless, neither of them has opened up about their current status in the relationship.

From his social media snaps, Davido has been vacationing in St. Maarten, a country in the Caribbean.
American gossip Instagram page, The Shaderoom shared a video of Davido and Yafai holding hands as they stepped out for a walk.

Watch the video of both Davido and Yafai on the streets of St. Maarten.

Social media users have shown concerns since the footage surfaced online. Several commentators have insinuated that the relationship between Davido and Chioma Rowland has crashed.

In the meantime, Davido seems to be unperturbed by the ongoing drama on social media.

Related Topics:davidoMya Yafai
Up Next