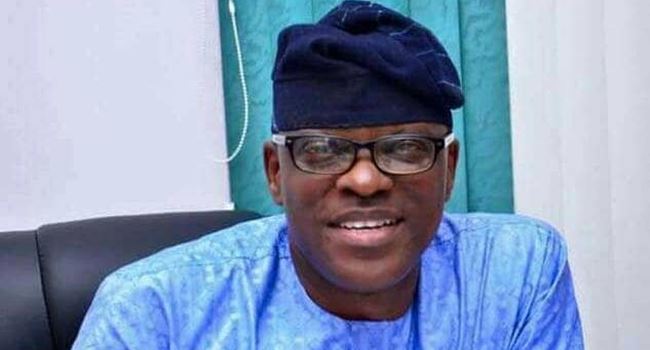 He was on Thursday announced as the winner of the primary, which held at the International Culture and Events Center, the dome in Akure, the state capital.

Jegede ganared a total vote of 888 to defeat his closest rival and incumbent Deputy Governor of the state, Agboola Ajayi who got 657 votes and other seven aspirants.

Olusola Ebiseeni and Godday Erewa polled 29 and 14 votes respectively, while the total number of invalid votes were 64.

Jegede was declared the winner of the exercise after scoring the highest number of votes by the Chairman of the PDP Primary Election Committee and Governor of Enugu State, Ifeanyi Ugwuanyi.

Following the outcome of the primary, Jegede will once again battle the candidate of the All Progressives Congress (APC) and incumbent governor, Rotimi Akeredolu in the governorship election.

The two candidates were also the major contenders for the position four years ago.

Respond to Ndume’s claim that the military is underfunded, PDP challenges Buhari’s govt