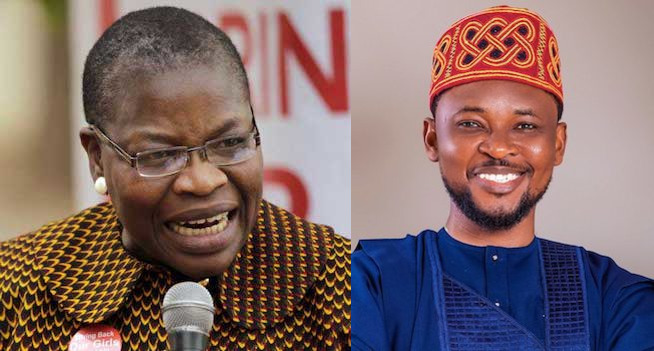 The Convener of the #BringBackourGirls movement, Obey Ezekwesili, has demanded a public apology from a social commentator and blogger, Japheth Omojuwa, over her unathorised inclusion as a director in the latter’s company.

In her a letter dated April 9, 2021, sent to Omojuwa through the Falana and Falana Chambers, and posted on her Twitter handle, Ezekwesili said she was contacted on March 31 by an unnamed person who asked if she knew about her position as a director in Alpha Reach.

The activist, who insisted that she had never heard of the company before, said the person that initially contacted her later forwarded a document from the Corporate Affairs Commission (CAC) where she was listed as a director in the firm purportedly owned by Omojuwa.

Ezekwesili, who is a former Minister of Education, later reached out to the social commentator and asked him to produce the company’s letter of incorporation.

Omojuwa had so far failed to produce the documents, a development that irked the fiery ex-minister.

This forced Ezekwesili to demanded a public explanation and apology from the social commentator on the matter.

She also demanded the removal of her name from the company’s list of directors.

APC to set up appeal committee on registration exercise