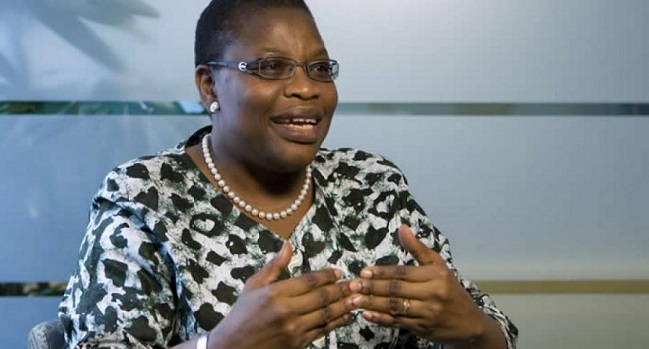 Former Minister of Education, Oby Ezekwesili, is of the belief that the abduction and subsequent release of 344 students of the Government Science Secondary School in Kankara local government area of Katsina State, was stage-managed by the President Muhammadu Buhari’s administration.

Ezekwesili who spoke while appearing on a Channels TV programme on Saturday, December 19, said Nigerians should not applaud Buhari for the release of the students who were kidnapped by bandits on Friday, December 11, and freed on Thursday, 17, after six days in captivity.

While speaking on the programme, Ezekwesili who is also the co-convener of the “BringBackOurGirls” movement, called on Nigerians to ask Buhari to explain what exactly happened in Katsina a few hours after he arrived his Daura hometown for a week-long private visit.

“For us to congratulate a government that created a problem and said it solved it? We shouldn’t be doing that. The society should learn how to hold people accountable,” Ezekwesili said.

Read also: Buhari has done what Jonathan could not do when Chibok girls were kidnapped —MURIC

“The President should be disgusted with what happened, not commending himself. What is he clapping for? Those children were put in harm’s way. And now he said he’s rescued them.

“Maybe the President sent the children on an excursion to terrorists so they can release children at will to him.

“He needs to tell us exactly what happened with the Kankara kids. There is a problem. This country should not be taken for a ride by President Buhari and his government.

“This is very unbecoming and the whole world is laughing at us. They think we are jokers. Many countries didn’t even bother to show that anything had happened in our country because they felt who are these people and what are they doing to themselves?” Ezekwesili concluded.

Related Topics:#BringBackOurGirlsBuhariEzekwesiliKatsina students
Up Next