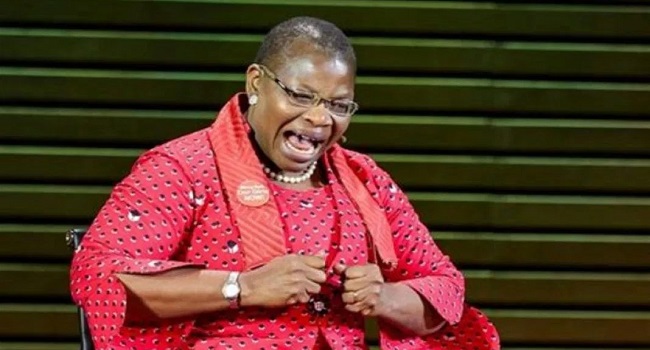 Former Minister of Education, Dr Oby Ezekwesili, and former senator, Shehu Sani have urged Nigerians to speak against bad government, especially as the citizens are daily enmeshed in poverty.

The duo regretted the state of the nation where the rich class in government keep impoverishing the masse to enrich themselves.

Ezekwezili and Sani spoke on Wednesday at an event in Ikeja, Lagos, commemorating the June 12 Democracy Day in honour of Chief MKO Abiola.

Ezekwesili in her comment, said since democracy is government of the people, by the people and for the people, those at the helms of affairs should be bothered about the high rate of poverty in Nigeria, a problem Abiola wanted to resolve before his mandate was stolen.

“What was the rate of poverty when Chief MKO Abiola enunciated a manifesto that talked about farewell to poverty? What you can see clearly from the indicators is that poverty has increased.

“If you have 93 million people living in poverty, then it means that you must focus the government on them.

“Unfortunately, some of the 93 million people don’t vote and when they have the power to vote, they don’t clearly know how to exercise that vote in their own interest. What do you then do when the excluded have a way of conspiring with a system that has excluded them to entrench the exclusion?”, she said.

Ezekwesili said Nigeria’s problem is beyond putting the blame on vote buyers.

She explained that privileged Nigerians should rather use their positions to uplift the poor to be able to change their orientation, improve their productivity and “remove the pittance that has entrenched them in poverty.”

Ezekwesili said the greatest honour the government could give Abiola was to show that it was easier and faster to tackle poverty in the 21st century than it was when he was alive.

“I have seen that when countries are governed by people who get it, what they need are sound policies, strong institutions and effective and efficient investment in public goods and services; when citizens have them, they attain a height of productivity and lift themselves out of poverty,” she added.

She said Nigerians must also speak up against bad government, adding that since legitimacy lay with the people, the government relied on Nigerians.

“The citizens occupy the highest office. What will guarantee progress in perpetuity is the office of the citizens. We must all make a commitment to activate our office as citizens; that we are tired of being docile citizens of Nigeria and thinking of ourselves as powerless.

“You are powerful beyond what you think. Stop swallowing your voice. Stop being distracted by daily bread issues. We need a coalition of forces of citizens to say, ‘we can reclaim our land.’

“This is not about tribe; it is about the massive exclusion of the majority of the citizens of the land from what governance should be all about. When you see concepts like adherence to the rule of law, participation, responsiveness, transparency, accountability, equity and equality, then you know there is good governance. But when you don’t see these, then you know there is no good governance,” she added.

On his part, Senator Shehu Sani said Nigerians must take fate into their hand by speaking against bad leadership.

“The citizens occupy the highest office. What will guarantee progress in perpetuity is the office of the citizens. We must all make a commitment to activate our office as citizens; that we are tired of being docile citizens of Nigeria and thinking of ourselves as powerless. You are powerful beyond what you think. Stop swallowing your voice. Stop being distracted by daily bread issues. We need a coalition of forces of citizens to say, ‘we can reclaim our land.’”

ZAMFARA: APGA to approach court, presents grounds why Matawalle should not be governor

Shehu Sani, in Facebook outburst, attacks El-rufai, says betrayal is in his DNA