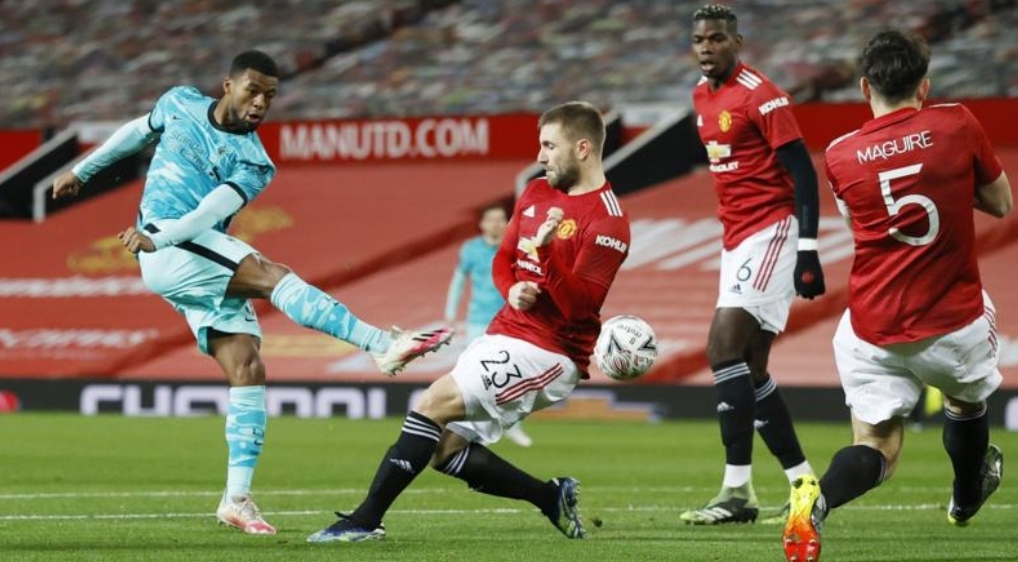 Manchester United defeated Liverpool 3-2 in the fourth round of the English FA Cup at the Old Trafford on Sunday evening.

Both teams had faced each other in the Premier League last week, playing a goalless draw that left United at the top of the League.

The Red Devils put up an excellent performance at home this time as they came from behind to win the five-goal thriller and advance in the competition.

A brace by Mohamed Salah was not enough for the Jurgen Klopp side, who have had it bad in front of goal lately.

Goals by Greenwood and Marcus Rashford and a late winner by Bruno Fernandes were enough for the Ole Gunner Solskjaer side to scale through.

Earlier on Sunday, Tammy Abraham netted a hat-trick to send Chelsea to the next round of the competition with a 3-1 win over Luton Twon.

Super Eagles duo of Kelechi Iheanacho and Wilfred Ndidi were in action in the game, but played as late substitutes.

Burnley also saw off Fulham in their fourth round tie, with Super Eagles defender Ola Aina in action for hosts Fulham.

Buhari, now is time to speak to the Fulani youth