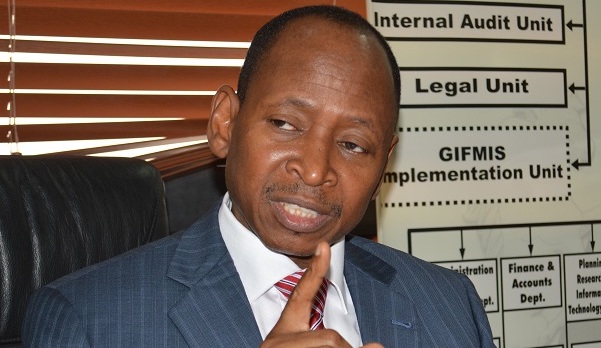 The Director, Information, Press and Public Relations in the Office of Accountant General of the Federation, Mr. Henshaw Ogubike, disclosed this to journalists in Abuja.

He said the gross statutory revenue for the month of March was N597.676 billion, adding that this was higher than the N466.058 billion received in February and January by N131.618 billion.

He disclosed that VAT yielded gross revenue of N120.268 billion in March as against N99.552 billion in February, resulting in an increase of N20.716 billion.

He added that the sum of N62.928 billion was available from Exchange Gain in the month under review.

Ogubike said out of the total revenue, the federal government received N264.330 billion, the state governments got N181.487 billion, and N135.950 billion was given to local government councils.

According to him, oil-producing states received N38.751 billion as 13 percent derivation revenue, while the cost of revenue collection by Revenue Agencies and allocation to North East Development Commission (NEDC) is N160.408 billion.

Giving the break down, Ogubike noted that the federal government received N217.773 billion from the gross statutory revenue of N597.676 billion, the state governments received N110.457 billion and the local government councils got N85.158 billion.

He further disclosed that the sum of N32.299 billion was given to the relevant states as 13 percent derivation revenue and N151.989 billion as cost of revenue collection by Revenue Agencies and allocation to NEDC.

The director stated that the federal government also received N16.777 billion from VAT revenue of N120.268 billion available in March, while the state governments got N55.925 billion and the local government councils received N39.147 billion.

He added that the cost of collection by Revenue Agencies and allocation to NEDC was N8.419 billion.

Ogubike disclosed that the FAAC meeting for the month of April where the March revenues were shared was held by virtual conferencing.

He also revealed that the balance in the Excess Crude Account (ECA) stood at $72.221 million.

Policeman dies of COVID-19 in Edo