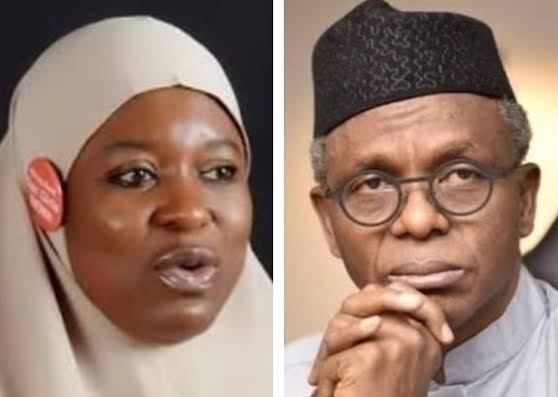 Aisha Yesufu, an activist and socio-political commentator, on Monday, lambasted Kaduna State Governor, Nasir El-Rufai, over his berating comments on the proposed two-million-man march by Peter Obi’s supporters in the state.

El-Rufai via his verified Twitter handle had mocked OBIdients, a new-found word for the supporters of Labour Party’s presidential candidate, Peter Obi, over their plan to canvass support for the former Anambra State governor in Kaduna state.

The governor tweeted: “In Kaduna? Not Kaduna Twitter?” the governor who is completing his second term asked.

“I hope you get Two Hundred persons on the streets, including those ‘imports’ that can’t open their shops on Mondays, and came on an overnight bus last night!! I just dey laff, wallahi tallahi!!”

The co-convener of #BringBackOurGirls Movement, who reacted in a video posted on her social media handles, slammed the governor for what she said was his childish approach, adding he should be ashamed of himself.

She added that El-Rufai’s role as the chief servant of his state was to ensure a peaceful rally, not meddling with what did not concern him.

She said: “Nasir El-Rufai isn’t ashamed of himself. Even if two people come out for the march, it’s none of your business. The person probably grovelling before terrorists taking over his state. You are here laughing at somebody. What’s important to you as the servant of the state is to ensure the march is smooth and peaceful.

“Just little power intoxicating you. It’s so pathetic to see somebody degenerate just because of power that came into his head. On Twitter the vilest people are from El-Rufai’s camp. Go and face your terrorists. When we said there are terrorists there, they called it fake news. You’re supposed to be crying, not coming here to mock.”

Sowore accuses presidential candidates of not fighting for students’ rights, others