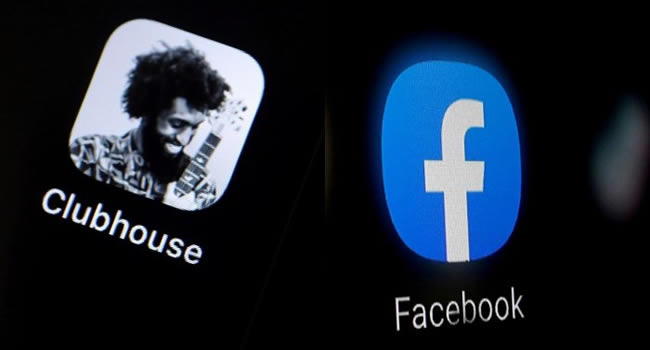 Social media giant Facebook has unveiled its podcast offering and “live audio rooms” in a push to get people talking and take on the fast-growing audio-based app Clubhouse.

According to Facebook, with quotations from the Facebook app chief Fidji Simo, the company has seen revelations how audio alongside texts and video can increase social interaction.

The statement reads: “We think a lot of magic happens at the intersection of audio formats, as well as at the confluence of text, audio and video.”

Analysts have speculated that Facebook’s plan to weave audio offerings into the social network comes as it works to prevent losing users to Clubhouse.

This development comes about 24hrs after Clubhouse said it closed a new funding round, taking the valuation of the startup to $4 billion, as the popular live audio app struggles to scale up in response to demand.

Tech Trivia: Who is the foremost Radiologist credited with the invention of high-tech infrared goggles which enable surgeons to see cancer cells during surgery?

2. Zoom to invest $100m fund in apps promoting its product

Zoom Video Communications Inc has announced setting aside a $100 million fund with the intention to invest in startup software companies that build apps using its technology.

Zoom, which become a household name during the pandemic as businesses and schools shifted to its platform, continues to grow its venture, rivaling platforms such as Skype, Microsoft Corp’s Teams and Cisco Systems Inc’s Webex.

Speaking on the development, Zoom Chief Financial Officer Kelly Steckelberg explained that the fund will make investments of between $250,000 and $2.5 million into companies building “Zoom Apps” that plug into the company’s video conferencing software to add new features to it.

According to Steckelberg, the company will run the fund “from Zoom’s balance sheet, rather than as a standalone venture capital entity, and will not seek to take board seats in the companies it invests in.”

“This will really help invest in developers at early stages and get early market traction,” she added.

READ ALSO: Facebook to shut down Watch Party feature three years after launch. 2 other things and a trivia

For its 2021 cohort, UNICEF has launched the Startup Lab programme with twenty-two startups from Ghana.

The lab, which is a co-creation space and incubator, engages young startups in the development of innovative, open-source, market-driven products and solutions that address complex problems.

According to Unicef, over 200 applications were received from across Ghana, from which 22 promising social impact start-ups were selected to participate in a six-month business and product development programme.

Further commenting on the development, Unicef Deputy Representative, Fiachra McAsey, noted that the selected startups exhibited potentials that were capable to scale their business ideas.

She said: “Unicef is excited to welcome this new cohort of 22 start-ups from across Ghana to the Unicef StartUp Lab for 2021.

“Each of the start-ups was already marketing impactful products and services that, if brought to scale, can positively influence and accelerate results for children, young people, and communities.”

“With the right support, we believe several of the solutions being worked on by these businesses could eventually have a global impact. From our perspective, the start-ups not only represent the best of Ghana’s young entrepreneurial talent, but they can also provide inspiration for other impact-focused businesses across the Ghanaian economy.”

The goggles ensure that no stray tumor cells, which glow blue when viewed through the eyewear, are left behind.