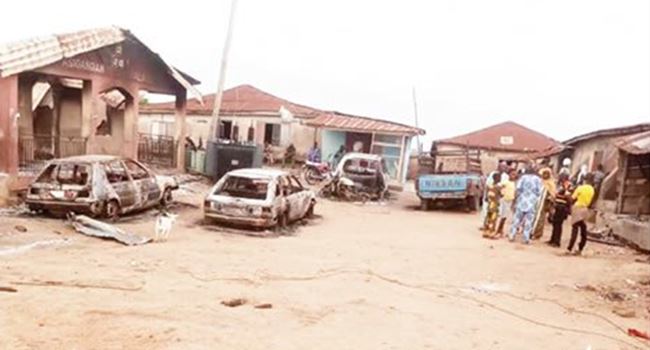 Claim: A viral video claims the Fulani has declared war in Ìbàràpá town of Oyo State.

Earlier in the year, the Yoruba activist, Sunday Igboho gave Fulani herdsmen residing in the town an ultimatum to leave the town. He hinged his declaration on persistent killings and kidnappings in that part of Oyo State.

He and his supporters succeeded in chasing the herdsmen away from the town, and did the same thing in many parts of the state as well as other south western states.

Read also: FACT CHECK… Will everyone who takes the covid-19 vaccine die in two years?

The video is true as it was uploaded on the internet on Sunday, June 6 2021. The state government, and the police have confirmed the attack but did not mention that it was done by a particular tribe. However, journalists have confirmed from locals who survived the incident that the attack was done by Fulani herdsmen.

It is true. However, it is unconfirmed if the corpses in the videos are Yoruba, as news gathered revealed that some of the assailants were also killed.

FACT CHECK: Did a helicopter drop arms for bandits in South-West?

FACT CHECK… Will everyone who takes the covid-19 vaccine die in two years?