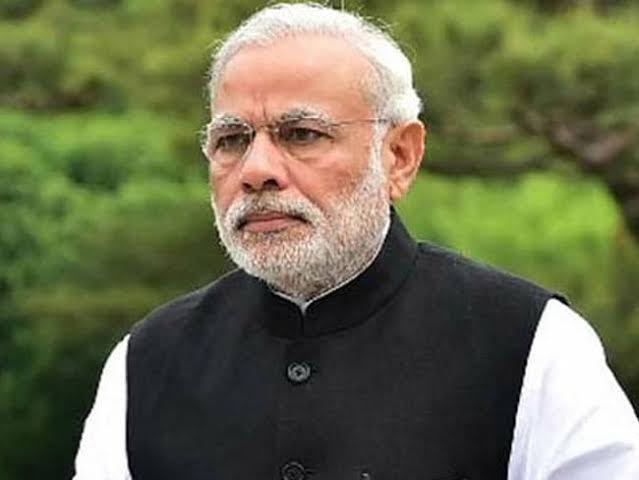 Multiple posts on blogs and social media platforms claim that India’s Prime Minister Narendra Damondardas Modi has pledged support for agitations for a Biafra Republic, and asked the United Nations to intervene.

All the posts have the same headline: “Consider The Cause Of Biafra Agitation And Render Solution To It”~Indian Prime Minister Narendra Damondardas Modi Tells United Nations General Assembly”

An online newspaper, Daily Times in its report claimed that Modi called for a Referendum in addressing the agitation, adding that the PM also criticized Nigeria’s political structure.

The report quotes Modi thus: “The issue of BIAFRA agitation has to be properly addressed; self determination has always been a civil right which is guaranteed under the international laws.

“When a region seek to break away from a given country, the first thing to do is to address the problems driving such proposition.

“If the issue is something that can’t be addressed, partition has to be offered for them to conduct a REFERENDUM to decide their fate.

“Nigeria’s problems emanated from their earlier political leaders who failed to reestablish themselves after gaining independence in 1960.”

Anchor Network, a YouTube channel made a broadcast report of the same claim, quoting Daily Times as its source. The video has over 4,000 views with comments showing that many believed the claim.

There was no single report of the claim in any mainstream media in both Nigeria and India, neither was it reported by international media outlets. Such pronouncement on the agitation of Biafra, which has claimed many lives even after the Nigerian civil war, would not have slipped past mainstream media if it were true.

The last session of the United Nations General Assembly was the 76th session, which took place between September 21 to 27, 2021. To further check the veracity of the claim, Ripples Nigeria found the speech, both broadcast and written, of Modi in his address to the UNGA. Nowhere in his address did he mention anything about Biafra or Nigeria.

READ ALSO: FACT CHECK: Has Nigeria witnessed only one major fuel scarcity under Buhari as claimed by Femi Adesina?

He started his speech by giving tribute to those who lost their lives to COVID-19 all over the world, then he went straight to discuss issues in his country. Modi who boasted that his country was the “Mother of Democracy” admonished the diversity and massive population of India.

The Prime Minister spoke, among other issues, about India’s challenge in addressing water pollution.

He also touched on the country’s efforts in improving property rights for its citizens. He added that the country was providing digital records of homes and land to millions of citizens “by mapping them with drones in more than 600000 villages of India.”

Here is the English translation of his full speech for reference, and here is the video.

FACT CHECK: What’s the story behind a viral video of a girl confronting a Russian soldier in Ukraine?