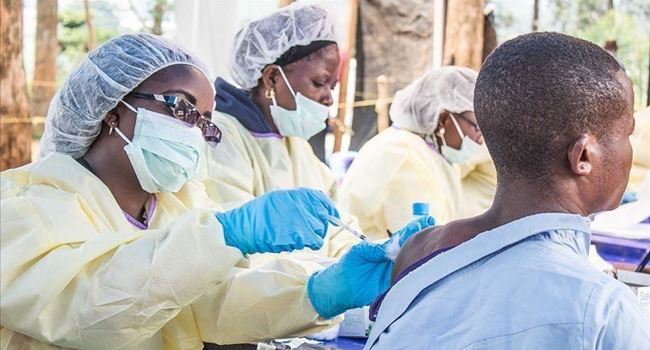 Claim: A viral message shared on WhatsApp claims all vaccinated people will die in two years.

Source: While people, including religious leaders have been condemning the Covid-19 vaccine, the new claim is attributed to a French virologist and a Nobel prize winner, Luc Montagnier. The message on WhatsApp ended with a link to LifeSiteNews, a non-profit newspaper that claimed to be based in the US and Canada.

Upon checking the LifeSiteNews, it shows that the news that was published on May 19 was rebuked on May 27 but till June 3, the message was still being circulated on Nigerian WhatsApp groups.

The website noted that Professor Montagnier’s reported claim was from an interview which was translated and published by RAiR foundation, USA on May 18.

A full translation of the video interview was traced to Planet360 and did not contain any statement that people vaccinated will die in two years. Although, the professor made it known that he was against the covid-19 vaccines, as he claimed they are creating more variants.

He said: “It’s a huge mistake, it’s a scientific error and an inexplicable medical fault, history will take stock one day of all this, because it is indeed the vaccination that created the variant.”

LifeSiteNews while making amends to their earlier published article made it known that Prof Montagnier did not say that everyone who received the experimental covid-19 vaccines would “all die” within two years. This quote was falsely attributed to him in a fake news meme that has been widely distributed.

Read also: FACT CHECK… Is Dangote moving his assets out of Nigeria?

This is not the first controversial statement from Dr Luc Montagnier

Dr Montagnier, who is a French virologist and Nobel Laurel winner in Medicine for his discovery on HIV in 2008 along with two others, has always been a controversial figure.

He claimed water has memory and a good immune system that could prevent people from contracting HIV and was against the French government for making the COVID-19 Vaccine compulsory.

Although Montagnier is a controversial figure, he did not make the statement that everyone vaccinated will die in two years, and the website referenced had refuted the reported statement.

FACT CHECK… Is Dangote moving his assets out of Nigeria?