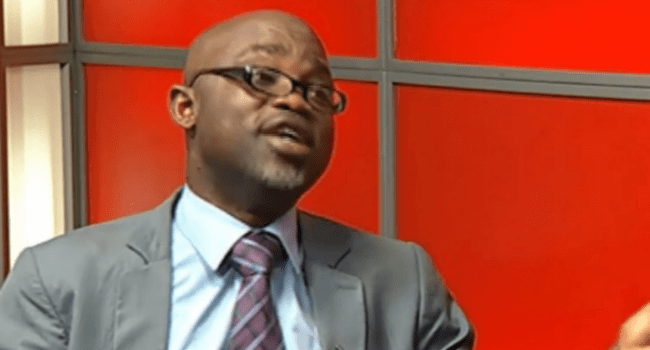 As President Muhammadu Buhari is inaugurated for a second term in office on Wednesday, the Socio-Economic Rights and Accountability Project (SERAP) has tasked him to ensure compliance with the rule of law.

In an open letter to Buhari, SERAP urged him to “publicly commit to making every day of your stay in Aso Rock a ‘Rule of Law’ Day, by ensuring that every segment of your government’s daily operations is lawful and rule-of-law compliant, for the sake of fairness, justice, your legacy, and the success of your anti-corruption agenda, which has remained stuck in limbo.”

The organisation told Buhari in the letter dated 29 May, 2019 and signed by SERAP deputy director Kolawole Oluwadare, that the results of the ‘rule of law MOT’ in Buhari’s government for the past four years are “uniquely damaging” to his government’s fight against corruption and to the country.

“We urge you to use the opportunity of your second term to begin to implement your oft-expressed commitment to the rule of law by immediately obeying decisions of Nigerian courts, promoting transparency in asset declarations by publishing widely details of your assets declaration, encouraging Vice-President Professor Yemi Osinbajo to do the same, and instructing all your ministers to publish their asset declarations.

“We also urge you to immediately instruct your next Attorney General of the Federation and Minister of Justice to pursue unexplained wealth court orders against all former presidents (and their estates), former governors, former presidents of the Senate and former speakers of the House of Representatives aimed at forcing those of them suspected of living on proceeds of corruption and ‘dirty money’ to reveal sources of their fortune or risk forfeiting it.

READ ALSO: Declare your assets publicly! 5 other things Buhari must do in 100 days

“Nigeria’s democracy ought to have as its foundation respect for human rights and the rule of law. Treating the decisions of Nigerian courts as not binding is antithetical to any contemporary notion of the rule of law and democracy, and clearly counter-productive to the fight against corruption.

“Ignoring or refusing to obey decisions of our courts is implicitly rendering the judiciary powerless to enforce constitutional and legal rights, violating separation of powers, undermining the rule of law, and ultimately, raising serious question marks on the government’s commitment to fight grand corruption,” SERAP letter read in part.