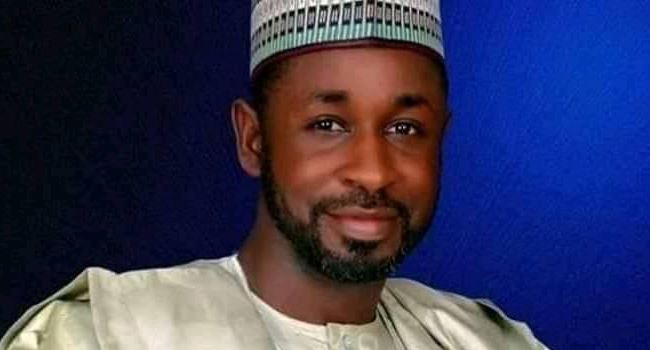 The member of the House of Representatives representing Kaura-Namoda Federal Constituency in Zamfara, Sani Umar Dangaladima, has appeared before a Federal High Court, Abuja, presided over by Justice Okon Abang in response to his summon by the court.

The Lawmaker stood surety for Faisal Maina, son of Abdulrasheed Maina, who is also standing trial for money laundering before the same court.

Faisal, who was granted bail by Justice Abang, has allegedly jumped bail, leading to Dangaladima’s summon by the judge to show cause why his N60 million bond for the bail should not be forfeited.

Justice Abang, had on Tuesday, revoked the bail granted the younger Faisal and ordered his trial in absentia.

The lawmaker appeared before the judge on Wednesday in the company of his lawyer, M.E Sheriff, but was asked to wait by the judge until the testimony of the third prosecution witness has been taking.

Justice Abang, had on Monday sent the senior Maina’s surety, Senator Ali Ndume, to jail over his inability to produce the fleeing defendant.