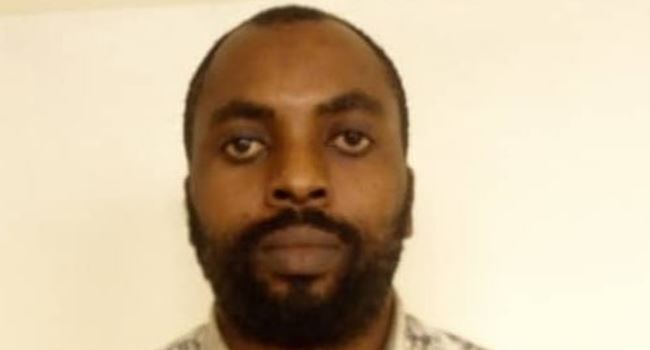 A 41-year-old man, Ebionang George has been arraigned before a Federal High Court sitting in Port Harcourt, the Rivers State capital for allegedly receiving N37 million under false pretence.

George, who is the Managing Director of Bravem Services Limited was dragged before the court by the Economic and Financial Crimes Commission (EFCC), for allegedly obtaining the sum from his victims on the pretext of supplying them with two million barrels of Bonny Light Crude.

He was brought before Justice E. A. Obile by the Port Harcourt zonal office of the EFCC on 23 counts bordering on forgery and obtaining by false pretence.

George was accused to have posed as an employee of the Nigerian National Petroleum Corporation to obtain the money from his victim on the pretext of supplying them with two million barrels of Bonny Light crude.

The charges read in part: “That you, Ebioenang Monday George, being the Managing Director of Bravem Services Limited, on or about March 11, 2015, at Port Harcourt, Rivers State, within the jurisdiction of this honourable court, with intent to defraud, did obtain the sum of N19m from the ICS Energy Limited through your company’s account, Bravem Services Limited, domiciled in First Bank with account number 2016700822 by false pretences, when you presented yourself as an employee of the Nigerian National Petroleum Corporation and capable of selling one cargo carrying two million barrels of Bonny Light crude oil, which you knew to be false and thereby committed an offence contrary to Section 1(1) b of the Advance Fee Fraud and Other Related Offences Act. No 14 of 2006 and punishable under Section 1(3) of the same Act.”

The defendant, who was arraigned alongside his company, Bravem Services Limited, however, pleaded not guilty to the charges.

Justice Obile, who adjourned till April 27 for commencement of trial, ordered the defendant to be remanded in the Port Harcourt Correctional Centre.