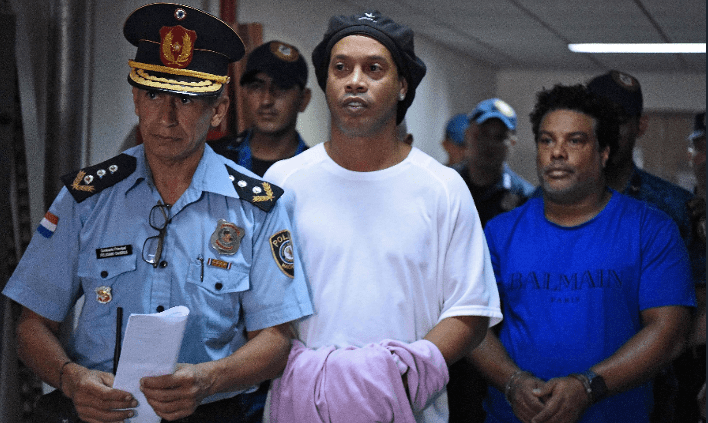 Brazil and Barcelona legend, Ronaldinho and his brother Roberto Assis have been released from jail in Paraguay after spending 32 days behind bars.

The duo are now to await trial on their charges while they live in an hotel in Asuncion, according to Paraguayan judge Gustavo Amarilla.

Ronaldinho and brother were arrested in early March after allegedly using a false passport to enter the country.

Lawyers for Ronaldinho and Assis have posted a $1.6 million (£1.3m) bail on behalf of their clients, after a previous application was denied because authorities deemed the pair to be a flight risk.

In the wake of Ronaldinho’s arrest, the lawyers had argued that their client had been given the Paraguayan passport as a gift from a local sponsor, and was unaware he was doing anything wrong by using it.

However, during his time behind bars, the former Barcelona star had been keeping busy by taking part in a number of prison football matches.

Several photos and videos of the games have gone viral after being released.