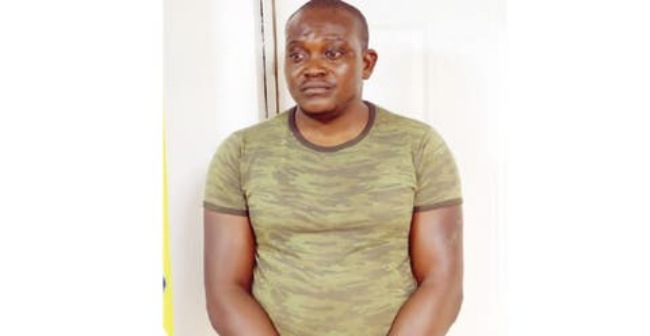 A commercial bus passenger who assaulted a policewoman controlling traffic at the Shibiri bus stop, Ilemba Hausa area of Lagos State while posing as a soldier has been arrested by the Lagos State Police Command.

The passenger, Yemi Aiyeni, was apprehended following a viral video of the assault which occurred last Sunday.

This was disclosed by the spokesman of the command, SP Bala Elkana, in a statement on Friday, adding that Aiyeni took on the policewoman, Inspector Martina Onyeacho, who arrested the bus for reportedly obstructing traffic flow.

He said: “Ilemba Hausa Police Station received a distress call that a female police officer, Inspector Martina Onyeacho, on traffic control at Shibiri bus stop is in distress. A patrol team was promptly deployed in the scene to rescue her. Her assailant, Yemi Ayeni, 32, was arrested while the policewoman was quickly taken to a hospital for treatment. She sustained various degrees of injury from beating she received from the suspect.

“According to eyewitness accounts, the suspect who presented himself as a soldier was a passenger in a commercial bus that obstructed traffic flow on the busy road, waiting for passengers. The suspect was angered by the order issued by the traffic policewoman to the driver to move his vehicle away from the main road to the pave way for free flow of traffic.

“He claimed that the policewoman did not accord him the respect he deserved as a soldier sitting in front of the bus and that she was wrong to have challenged the driver while he was there. He followed up with physical assault on her, beating her with sticks, punching and kicking her.”

According to Elkana, the suspect, during questioning, stated that he had been posing as a soldier since he was dismissed from the Nigerian Army Depot Zaria in 2002 on mental health grounds after spending four months in training.

“Investigation is ongoing and the suspect will soon be changed,” he added.

UN warns of spike in hunger, conflict in North-East