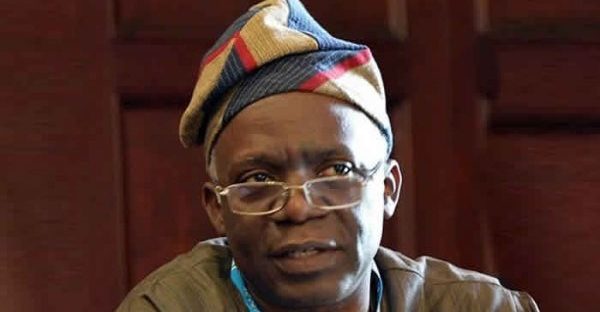 Lagos State based lawyer and human rights activist, Femi Falana (SAN), has demanded that the Federal Government explain how fuel subsidy payment that used to be N261.4 billion per annum has now skyrocketed to N1.4 trillion.

He made the demand in a Freedom of Information (FoI) request he filed and addressed to the State Minister of Petroleum Resources, Ibe Kachikwu.

Accusing the Ministry of Petroleum resources of failure to account for millions of litres of imported fuel between December 2017 and March this year, Falana demanded the ministry to make available details of the huge increase in fuel subsidy.

The human rights activist argued that in December 2017, that the management of the Nigerian National Petroleum Corporation (NNPC) said the nation’s consumption rate of fuel was 28 million litres per day and that subsidy cost was N726 million per day (N261.4 billion per annum).

He recalled that the NNPC Group Managing Director, Maikanti Baru, had last month said that the corporation paid N774 million daily fuel subsidy due to a heightened petroleum consumption of 50 million litres per day, adding that Kachikwu had also on April 6, noted that the annual expenditure on fuel subsidy has risen to over N1.4 trillion.

Sequel to all these, Falana said in his FoI, “We are not unaware that the increasing consumption rate has been blamed on the smuggling of imported fuel from Nigeria to neighbouring countries by some economic saboteurs.

“Assuming without conceding that the story of smuggling is true the total volume of fuel consumed by Benin, Togo, Cameroon, Niger, Chad and Ghana is said to be less than 250,000 litres per day. You will agree with me that this does not explain the difference of 32 million litres per day between the consumption rate of imported fuel in December 2017 and March 2018.”

He further accused Kachikwu of refusing to reveal the amount realised from the sale of the 60 million litres at N145 per litre as well as the sale of the 445,000 barrels of crude oil allocated to the NNPC daily by the federal government.

He added, “Honourable Minister, the convenient defense of smuggling as cheap justification for a gap of 32 million litres a day (at N145 per litre is N4.6 billion daily) is untenable given the billions of Naira continually expended on Project Aquila Software by the Petroleum Equalization Fund (PEF), a parastatal under your watch in the Petroleum Ministry, to track every litre of petroleum product evacuated from the Depots and sold at retail stations in the country.

“Since the Project Aquila Software has the capability to identify the owners and locations of all trucks loading petroleum products in Nigeria, why has your office and NNPC continued to blame smuggling for the drain of N4.6 billion daily on petroleum products? How many of the truck owners involved in the alleged smuggling have been arrested and arraigned in court since Aquila has the database of all Truck Owners in the country?”

He also demanded for copies of the Bill of Laden and DPR certified Cargo Discharged Certificates of the imported subsidised Petroleum Products into the Country from December 2017 to March 2018 and the Offshore Processing Agreements pertaining to the Sale of the 445,000 barrels of crude oil per day as well as any additional crude barrels approved for domestic consumption from December 2017 to March 2018.

Also requested in his FoI is information on the volumes of domestic refined products by the nation’s local refineries against gross expenditure on refinery Turn Around Maintenance(TAM)/ Expended Budget in 2017, gross amount of Forex differential or Forex subsidy (gap Between CBN rate and special rate approved for fuel importation) from December 2017-March 2018, and the amount expended by PEF on Project Aquila from inception aimed at tracking petroleum trucks nationwide to prevent smuggling of petroleum products.