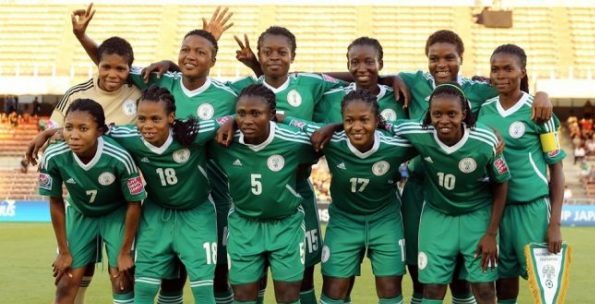 Nigeria’s U-20 women national team, the Falconets, are a game away from qualifying for the FIFA World Cup as they host the Basetsana of South Africa in Benin today (Saturday).

The Basetsana crashed 0-2 to the Nigerian ladies in the first leg in Polokwane last weekend and will need to put so much effort in play if they are to qualify ahead on Nigeria.

Goals by Rasheedat Ajibade, scored on the half–hour mark, and Anam Imo, who doubled the lead six minutes later, gave Nigeria a massive advantage going into the final leg encounter.

Falconets are two–time World Cup silver medallists, and the Chris Danjuma’s maidens are on the brink to seal their spot at the 9th edition of the FIFA World Cup.

The team’s coach, Danjuma says his girls will not under–rate the South Africans even though they are on a massive advantage over the visitors.

“The Basetsana are a good side and we have to be careful against them. We will not rest on our oars. Our approach would be to win and make sure of a ticket to the World Cup finals.”