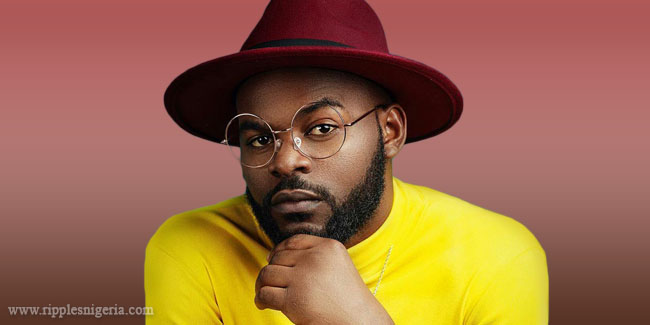 Former President of the Performing Musicians Association of Nigeria (PMAN), Charles Oputa, popularly known as Charly Boy or Area Fada has declared that he is happy that youths in Nigeria have finally woken up on the need to salvage Nigeria from ruin.

The eccentric entertainer who took to social media to express his delight said that he saw the #EndSARS protests play out and he was happy and fulfilled because this was what he had been talking about in the past three decades.

Charly Boy wrote; “My message today is the same as it has always been, standing against injustices and oppression in all forms that is why I am the Area Fada. Area Fada is not a title; it is a lifestyle because I mentor millions of youths in Nigeria. And because of my fatherly role even before I became Area Fada, a lot of Nigerian youths did not give up on themselves and on their dreams.

“The EndSARS movement was such a beautiful thing. I saw everything that was playing out and I was happy and fulfilled because this is what I have been talking about. I have always maintained and said for the past three decades that the salvation of this contraption that we call Nigeria, that is already a scam, lies in the hands of its exceptional people; the Nigerian Youths.”

Street hop singer, Oritsefemi Majemite Ekele popularly known as Oritsefemi has denied reports that he is a wife beater and that his better half, Nabila Fash has left their matrimonial home for good.

The singer who was reacting to allegations that he beat his wife refuted the report stating that every marriage has its challenges while also informing that his wife was back home.

He said thus during an interview; “Honestly I have said it before that there was no issue anywhere. The way people think is not the way everything is. What happened was between me and my wife, and we have prayed to God. Every human being on this earth should know that when marriage is done, there must be a lot of expectation. So, mine is between me and my wife.

“So, that’s why I’m saying nobody knows our story. They can’t just come and publish what they think is our story. We are the ones that can tell our story. The story of our lives is left to God,” the singer added.

Husband, father and business mogul, Femi Otedola, turns 58 on the 4th of November and as expected, felicitations will pour in from all angles to celebrate a man who has touched many lives.

The former Chairman of Forte Oil who was born in the imperial city of Ibadan will definitely not be short of well wishers from the corporate world especially those he has touched including former Super Eagles coach, Christian Chukwu, to Tinsel actor, Victor Olaotan, to former Super Eagles goalkeeper, Peter Fregene, and actor, Sadiq Daba to mention a few.

Femi Otedola, we gather, is expected to celebrate his 58th birthday in a low key mode with his wife Nana and his kids, including his second daughter, Florence Ifeoluwa ‘DJ Cuppy’ Otedola, who is herself a flint off the Otedola gemstone.

‘Bop Daddy’ crooner Folarin Falana aka Falz has charged youths to get ready to displace underperforming leaders in Nigeria by ensuring that every young citizen who has reached voting age gets his/her voters card ready for 2023.

The singer who was reacting to claims on social media that he had been too silent in recent times said that Nigeria would never be the same again in the wake of the #EndSARS protests that attracted global attention.

He said that it had been tough for him in recent times but the rapper, lawyer and social activist expressed his excitement to be energised enough to continue the fight.

The pair took to social media recently to celebrate their love life with Nnamdi stating that he could not believe that it had been two decades already and he was grateful for God’s blessings in their lives.

Also, in a post shared on her Instagram page, Omoni reflected on her journey as a wife and mother. She mentioned that she could have made the biggest mistake of her life when she got married at 21 but God gave her the best gift as a husband. The excerpt from her post reads, “Struggled with posting this today but I guess we all need some happiness. It’s our 20th wedding anniversary!

The boss of Northside Incorporated, Jude Okoye has slammed Nigerian politicians for their presumption that those they lead are stupid people.

Jude, the former manager of the defunct music group, P Square is not known for sharing his thoughts on political issues but the Lekki shootings appeared to have been too much for him to handle.

While sharing his thoughts on the attitude of the country’s politicians to the youth Jude Okoye said; “The confidence these politicians have in our presumed stupidity still baffles me #EndSARS”.