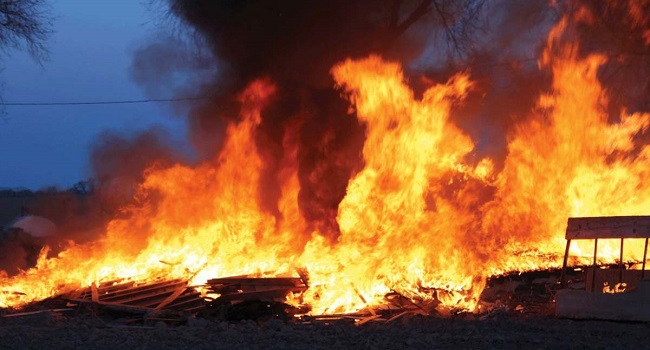 This was disclosed by the Director of Rescue Operations of the Borno State Emergency Management Agency (SEMA), Usman Kachala, in Maiduguri on Friday.

According to him, dozens of households in the camps were displaced during the fire outbreak which occurred on May 21.

Giving details, he said that the fire started from an IDP tent and gutted other shelters as there was no immediate fire service response in the camps at the time of the incident.

However, Kachalla said that SEMA and other partners were working to address the humanitarian situation at the camps.

Meanwhile in Benue, about 3,515 inmates at the Mbawa IDP camp in Guma Council of the state are crying of hunger, diseases and lack of accommodation amid heavy downpour.

Chairman of the camp had also announced that no less than eight persons died recently as a result of hunger and pestilence.