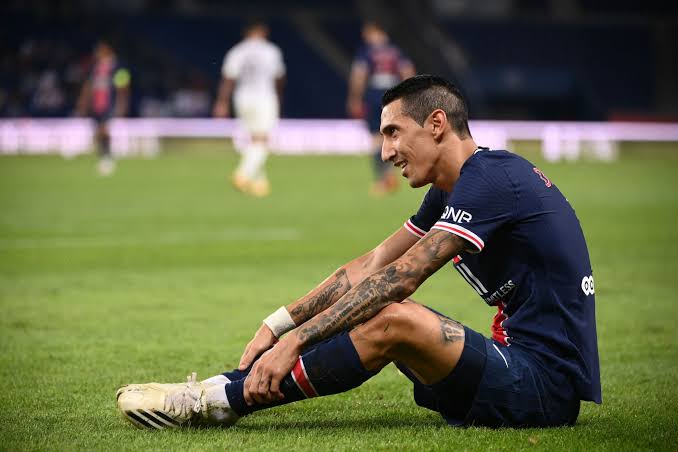 The family homes of two Paris Saint-Germain players, Angel di Maria and Marquinhos were burgled on Sunday during a game.

The burglary happened while the French champions were playing against Nantes in a Ligue 1 clash in Paris.

Midfielder Di Maria was substituted in the 62nd minute of the 2-1 defeat after being told about the incident.

The Argentine’s family were only aware their home had been burgled after it happened.

This is not the first time Di Maria would suffer such fate, as he had been a victim of an attempted burglary while at his home in Cheshire in 2015 while playing for Manchester United.

For Brazilian defender Marquinhos, his parents’ home had also been burgled, but he said that “nobody was hurt”.

The public prosecutor in Nanterre said the Banditry Repression Brigade (BRB), a French anti-organised crime squad, had been tasked with the investigation into the incident at Di Maria’s home. It looked into burglaries of the homes of PSG striker Mauro Icardi and goalkeeper Sergio Rico earlier this year.

The Versailles prosecutor will be involved in the Marquinhos case.

Meanwhile, Paris Saint-Germain suffered a back-to-back home league defeat for the first time in nine years, after falling to a 2-1 loss to Nantes on Sunday.