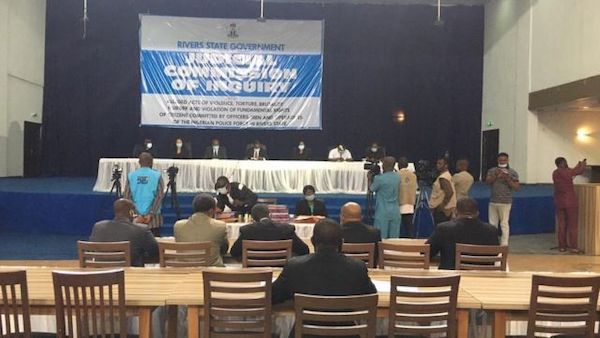 The family of a 31-year-old taxi driver who was allegedly killed by a policeman in Rivers State over two years ago on Monday demanded an N100million compensation from the Nigeria Police Force.

The taxi driver, Bright Mark, was allegedly shot dead by a policeman at the popular Rumuokoro Roundabout in Obio/Akpor local government area of River State in February 2018.

The deceased brother, Akachi Mark, who appeared before the state’s judicial panel of inquiry, also demanded the prosecution of the police officer that allegedly killed the family’s breadwinner.

According to him, his brother was allegedly shot dead on February 18, 2018, inside his taxi, during a gridlock at the Rumuokoro roundabout.

He said: “We want justice; justice in the sense that the police officer who killed our brother and breadwinner should be brought to book. When the former Commissioner of Police, Zaki, visited our family, he promised to bring the trigger-happy policeman to book.

“But, nothing has happened till date. We also want financial compensation to the tune of N100 million because Bright was the family’s breadwinner. Today, his wife who was only four months pregnant when he was killed, his daughter, and our mother, are languishing in hunger in the village.”

When he was cross-examined by counsel for the police commissioner, Mrs. Mercy Nweke, the petitioner did not mention any police officer and sought for an adjournment to enable the police legal team to visit the Rumuokoro Special Area Division where the incident allegedly took place.

Related Topics:RiversRivers panel
Up Next