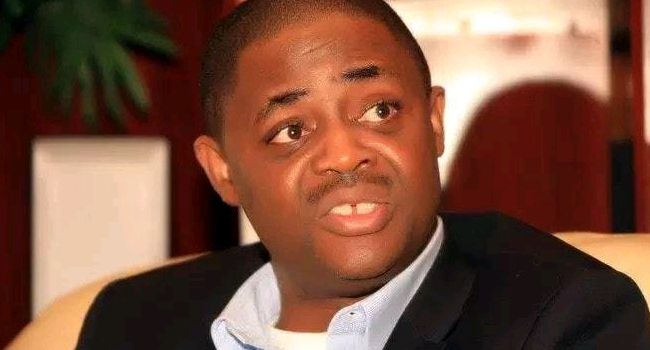 Vocal former Aviation Minister, Femi Fani-Kayode has slammed the Senate over its mode of screening for ministerial nominees.

In a post on his official Twitter handle, the PDP stalwart faulted the screening process, noting that the screening of some nominees by simply asking them to “bow and go” was “a display of comic relief.”

He also added scathingly that the mode adopted by the Senate was a “pitiful joke.”

Fani Kayode wrote; “When I was nominated to be a Minister by OBJ 13 years ago in 2006 I was screened by the Senate for no less than two hours and thirty grueling and very difficult minutes on live television. There is no question that they did not ask me and there is none that I did not answer.

“In those days the Senate had great men and powerful intellectuals in its ranks. What we see today in the name of Ministerial screening is a pitiful joke. “Smile, show your teeth, bow and go” is NOT screening: it is a crass display of comic relief which is far below the Senate.”

Since the commencement of the current screening, the Senate refused to quiz some ministerial nominees because they were former lawmakers with the likes of Godswill Akpabio, Gbemisola Saraki, Hadi Sirika, Olorunnimbe Mamora, George Akume and Chris Ngige among others asked to take a “bow and go”.