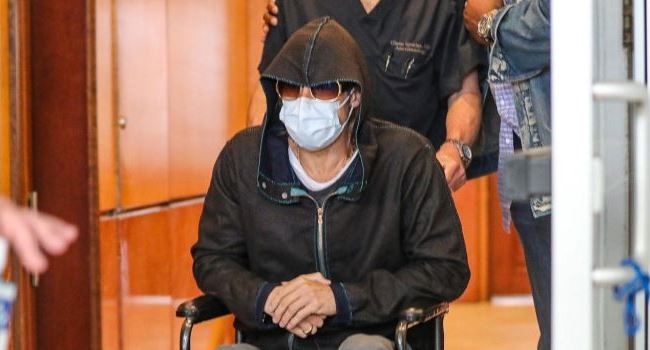 Photos of Hollywood actor Brad Pitt leaving a Beverly Hills medical center in a wheelchair has surfaced online and it is causing fans to panic.

Brad Pitt, 57, was photographed on Thursday, dressed in a black hoodie and gray jeans, as he was wheeled along by a bodyguard.

Sources have however alleged that the actor only had his wisdom teeth removed at the medical centre.

This is coming several days after rapper and Hollywood actor, Earl Simmons better known as DMX passed on at the age of 50.

In a statement published by family members of DMX on Friday, April 9, it was revealed that the rapper died after suffering a heart attack.