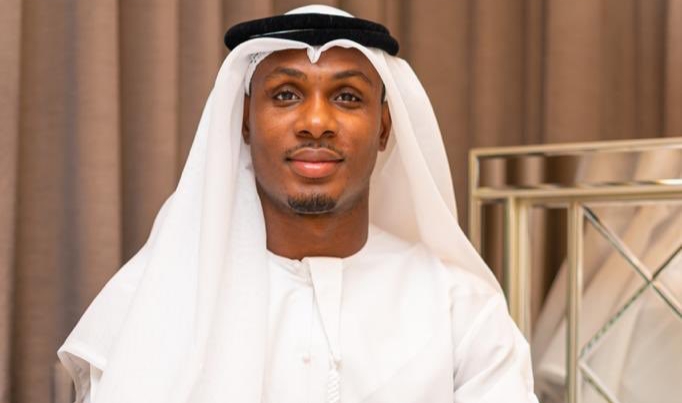 Nigerian striker, Odion Ighalo was attired in an elaborate Saudi Arabian traditional wear on Friday, and made a post of the image on social media.

In the photo, the striker was looking fine and happy in a white regalia with his head covered like a Muslim who just completed Holy Pilgrimage.

The post garnered reactions from fans as it was the first time Ighalo would be seen in such mufti since his move to Saudi Arabia.

“Bro, you look handsome in the piece, don’t you think you should change your religion?,” another fan, @gbara4golf replied the post.

The 31-year-old joined Al-Shabab on a permanent deal in January following a one-year loan spell at Manchester United as a Shanghai Shenhua player.

Ighalo has already opened his goal account for the Al-Shabab, and has made two league appearances since his arrival at the topflight club.

The former Watford and Changchun Yatai forward has been impressive, helping his team stay top of the league with 41 points from 20 games this season.