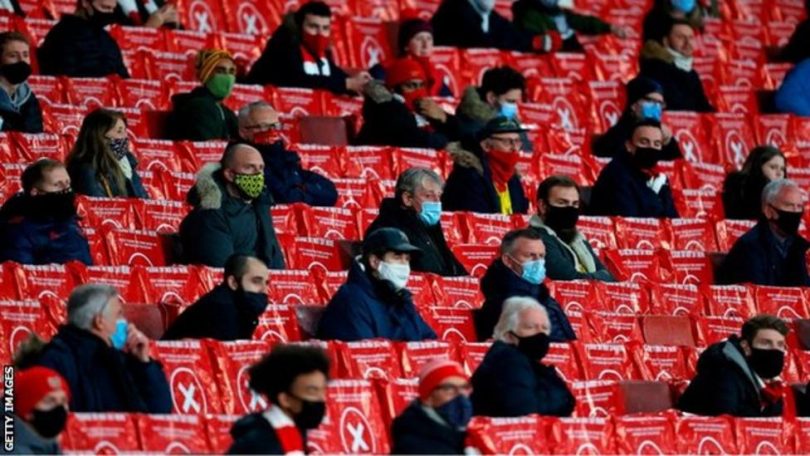 The Premier League says fans will now be allowed to return to games for the first time since the suspension of football in March due to the coronavirus pandemic.

Fans will have to wear face masks at all times to protect against transmission of the virus, and will be asked not to sing or chant excessively.

This is based on the new guidelines set by the English government following the relaxation of COVID-19 lockdown few days ago.

Up to 2,000 fans are now allowed to attend matches in areas tagged as tier two, in which 10 Premier League clubs are located.

Every spectator attending a match will be sent a code of conduct by their club, according to the guidelines.

Arsenal became the first Premier League club to see fans return to the Stadium as the Gunners hosted Rapid Vienna in the Europa League on Thursday.

The Mikel Arteta side defeated their Austrian opponents 4-1 to confirm top spot in Group B of the European second tier competition.

But the first Premier League game with fans attending since March will be West Ham against Manchester United this weekend.