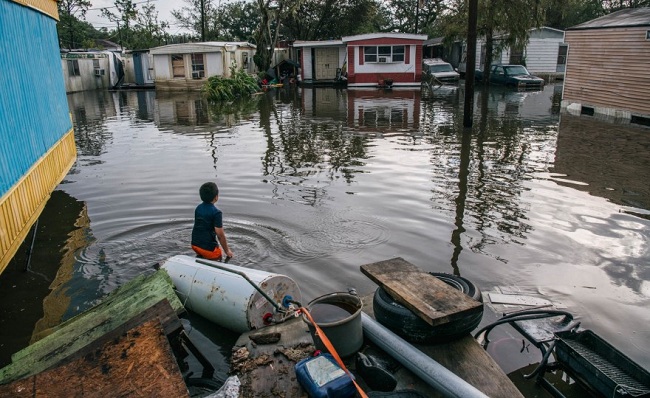 A father, mother and their son have died in the United States by drowning when the remnants of the deadly Hurricane Ida poured catastrophic amounts of rain across the East Coast on Friday, leaving at least 50 other people dead.

The victims, Jose Espinal, 72, and his 71-year-old wife, Rosa, died alongside their 38-year-old son, Jose Torres, died when more than a dozen feet of water drenched their apartment in a residential complex in Elizabeth, New Jersey, city spokesperson Kelly Martins said on Sunday.

Other missing victims in the complex, are Nidhi Rana, 18, and Ayush Rana, 21, who are among the six people still missing in New Jersey that crews are trying to locate, according to Passaic Mayor, Hector Lora said.

Nidhi’s father, Prakash Rana, said the two are friends and not related.

“It’s such a challenge because there is no moving forward.

It’s almost like grief in limbo. You don’t know what’s going on.

“You don’t know whether you’re grieving a loss, or you are still concerned whether missing individuals can be found — even though everything may say they won’t, you still hope for the very best,” Lora said.

At least, 25 people have died in New Jersey and 18 in New York state, since the Hurricane struck parts of the US two weeks ago.

The storm, by then remnants of a tropical depression, unleashed deadly flooding from Wednesday, starting from Virginia to New England, but especially from metro Philadelphia to New Jersey and southern New York.

That came after Hurricane Ida devastated parts of the Gulf Coast as with dozens killed in the East, many in flooded homes, including many in flooded basements, or while overtaken by water in or outside their vehicles.