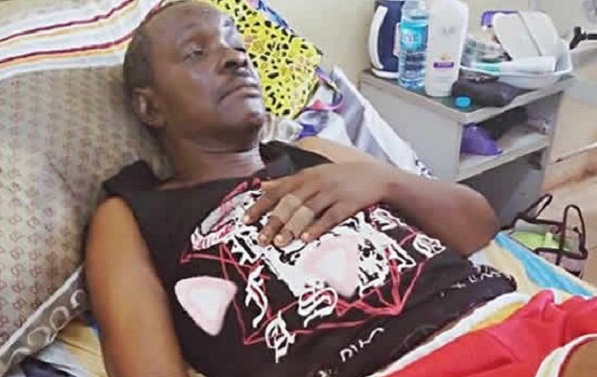 The former commissioner assumed duty during the first tenure of Governor Kayode Fayemi in Ekiti state. She also served as the Caretaker Chairman of Ikole Council area and was the Women leader of the All Progressives Congress (APC) in Ekiti State.

Speaking to newsmen on Friday, Mrs Owoseeni disclosed that her husband, Mr Paul Owoseeni was severely injured by the men who attacked him with machetes and chopped off five fingers from his left hand.

Two students who resided with her were also attacked with cutlass and iron rod at about 8:30 pm while they were trying to restore light to the house.

“When the light went off, we suspected that the generating set was still running outside and we asked those students living with us to go out and check what was happening.

“Few minutes later, we heard them saying please save us, save us and my husband who was not with torch light rushed out to see what was happening. The impression we first heard was a case of electrocution. While my husband rushed out to save the situation, I tried to get my torchlight to be able to see clearly.

“Shortly, the voices changed and I started hearing thief, thief, thief but my husband was already in their midst with those children. But because I went with torchlight, I was able to see them and I had to rush back inside and hid myself somewhere.

“They brought my husband inside and started asking, where is your wife? We are here for her and not you. When he didn’t tell them where I was, they started assaulting him, using dangerous weapons. They did that until they chopped off his fingers and they fled when they saw that he had passed out”, she stated.

The former commissioner also revealed that the attempt made on her life was politically inspired, and that she had given some names of those she suspects to the police during their visit to the scene at 11pm on the day of the attack.

“I see no reason someone would want to kill me for raising my voice against injustice in the running of our party. I had given the names of those I suspected to the police for investigation”, she said.

However, her husband, Mr Paul was immediately rushed to the General hospital before he was taken to Ekiti State University Teaching Hospital (EKSUTH) for proper treatment while the Police Public Relations Officer, Ekiti division, DSP Caleb Ikechukwu, said the case was yet to be investigated at the police headquarters in Ado Ekiti.