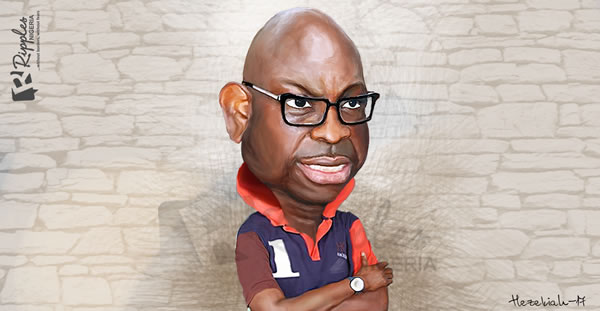 A group, Ekiti Development Front (EDF) has accused outgoing governor of Ekiti State, Ayodele Fayose of creating problems for the incoming administration of Dr. Kayode Fayemi through the planned employment of about 3000 workers into the state’s workforce.

The group also faulted a statement credited to Fayose that Governor-elect Fayemi is behind the strike action embarked upon by the state’s civil servants.

According to EDF, the workers do not need any prodding to go on strike after the state government has failed to settle salary arrears of about 10 months and above.

“It is a surprise that Fayose who planned to sack 3,000 workers about nine months ago over inability to pay salary is today planning to employ the same figure composed mainly of his supporters in PDP after his crony lost the July 14 governorship election.

“Fayose is trying to re-enact Benue State scenario in Ekiti State when the last administration in Benue recruited thousands of cronies at the tail end of the administration, and today, Governor Sam Ortom has a wage bill of over N7b, making the state to have the third highest wage bill in the country after Lagos and Rivers states while Benue’s monthly federal allocation is not up to N4b.

“Benue people are now up in arms against Governor Ortom and that is exactly what Fayose is trying to do to put Ekiti people and workers in particular in trouble over unpaid salaries and set Ekiti people against Fayemi.

Read also: How Ndigbo can escape from its self-induced marginalization —Ngige

“Fayose is trying to cripple the state’s economy that survives on salary payment and we wonder why a leader that is worth his name will want to fight a personal war against Fayemi in a battle that will make the entire Ekiti State people the ultimate victims,”

It would be recalled that Fayose had claim that the ongoing workers’ strike was instigated by the Governor-elect to distabilise his government.

The EDF, in a statement on Monday by its Coordinator, Adeoye Aribasoye, said it is hypocritical to unjustly owe workers in excess of 10 months and still claimed that they needed prompting by Fayemi to demand for their pay.

The group also insisted that that official records showed that Fayose had collected N43.7b in bailout in three years, N70.2b budget support facility and N51.4b Paris Club refunds in three years but diverted all to projects awarded to his friends’ companies for personal benefit besides regularly paying himself security votes in millions, noting that hungry workers in this circumstance needed no prompting to demand for their right.

It also added that Fayemi never blocked refunds by Federal Government on projects and Paris Club to Ekiti State as Fayose claimed.

“Apart from Ekiti State, nine other states, including APC states, have similar problems collecting refunds on projects while there is no state that can claim that the Federal Government is withholding its Paris Club refunds unjustly.

Continuing, the group accussed Fayose of hypocrisy over claims that Fayemi has no right to express his opinions on some state matters after he was elected governor on July 14, 2018.

“Let us remind Fayose that after he was declared winner in the June 21, 2014 election fraud, he started behaving like an incumbent governor by giving a counter-order urging disobedience to Fayemi’s legal curfew to curb violence over the late Omolafe Aderiye’s murder.

“Fayose wrote to the banks to stop granting credit facility to Fayemi to pay salary while he threw all his daily needs and expenses to Fayemi after he was declared governor.

“Fayose applied to Fayemi for a paid trip to Dubai for vacation and Fayemi released funds to him and two of his aides.

“As if this was not enough, Fayose went to Coscharis Motors to collect a brand new bullet-proof Range Rover Jeep and a brand new power bike to serve as his outrider without following due process only to pass a bill close to N100 million to the Fayemi administration.

“The government obliged all these in the interest of peace and smooth take-off of the new administration, but as soon as Fayose assumed office, he embarked on hostility towards Fayemi.

“First, he recalled Fayemi’s official vehicle which by law, he was entitled to. Next he withdrew the appointments of eight permanent secretaries and other top officers who were duly appointed through a credible process and later resorted to the retirement of Permanent Secretaries perceived to be loyal to Fayemi, including sacking hundreds of workers, among whom were House of Assembly workers legally employed months before the discredited election that brought Fayose to power”, the group submitted.