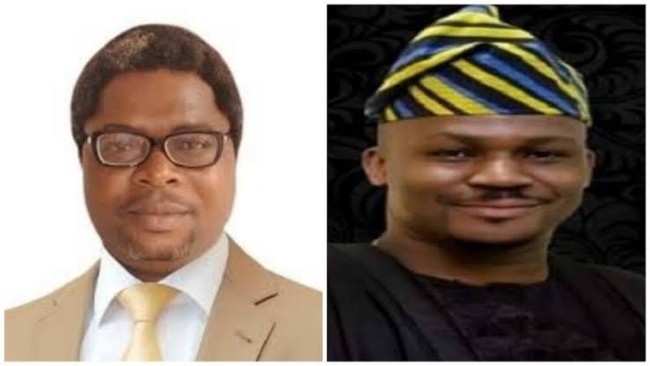 The first son of former Ekiti State Governor Ayodele Fayose, Joju, and his long serving media aide, Lere Olayinka, were among those declared winners of the Peoples Democratic Party (PDP) House of Representatives primary held on Sunday in Oshogbo, the state capital.

Joju Fayose won the party’s ticket to vie for the Ekiti Central Federal Constituency I which comprises of Ado and Irepodun/Ifelodun, defeating his opponent, Deji Adeosun, by 60 votes.

Read also :I will appoint a minister of stomach infrastructure as Nigeria’s president – Fayose

In the Ekiti Central Federal Constituency II which comprises of Ijero, Ekiti West and Efon local government areas, Olayinka defeated his opponent Victor Babafemi, by 54 votes to 45 votes to emerge the flagbearer.

Another loyalist of the former governor, Otunba Yinka Akerele who was also a governorship aspirant in the 2019 gubernatorial election on the platform of the Peoples Democratic Party (PDP), won the party’s ticket for the Ekiti North Federal Constituency II, where he emerged unopposed.

Buhari, APC have raised the bar of corruption with N100m for presidential fees —OPC