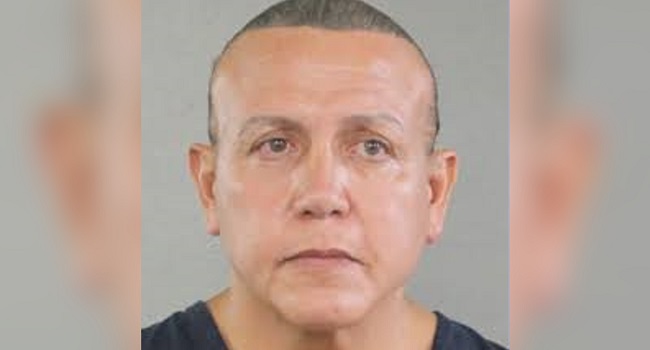 Men of the Federal Bureau of Investigations FBI have arrested one suspect in connection with the delivery of packaged explosives sent to high-profile Democrats, former senior US officials and prominent critics of President Donald Trump.

According to FBI Director Christopher Wray, the suspect identified as Cesar Sayoc was nabbed after his fingerprints were found on a package sent to Democratic Congresswoman Maxine Waters.

Attorney General Jeff Sessions said Sayoc was charged with five federal crimes, including threats against former presidents and the illegal mailing of explosives.

Sayoc’s arrest comes after authorities said several more suspicious packages were found on Friday, bringing the total number of explosive devices discovered over the past week to at least 13.

Report say the suspect now faces up to 58 years in prison, if convicted of the crime he is being charged with.