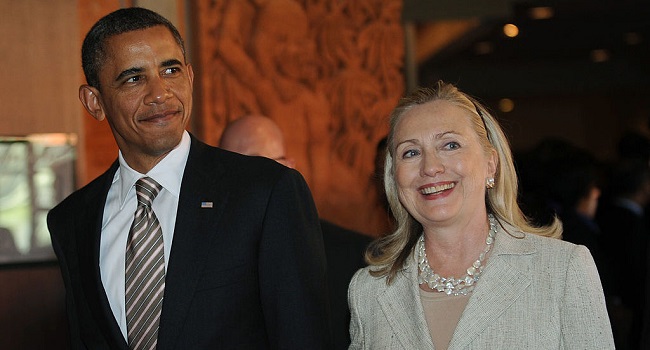 The Federal Bureau of Investigation (FBI) has revealed that it is now investigating an act of terrorism after it established that former U.S. President Barack Obama and former Secretary of State Hillary Clinton were among targets of suspected package bombs delivered to several high-profile Democrats.

The FBI said two packages were sent to California Congresswoman Maxine Waters and also revealed that investigators are trying to track down another suspicious parcel they believe was addressed to Obama’s vice president, Joe Biden.

However, none of the eight packages detonated, and nobody was hurt. There was no immediate claim of responsibility.

But some leading Democrats were quick to accuse President Donald Trump himself of stoking the potential for political violence by frequently engaging in hyper-partisan, vitriolic rhetoric.

Trump told a political rally in Wisconsin on Wednesday his government would conduct “an aggressive investigation.”

“Any acts or threats of political violence are an attack on our democracy itself,” Trump said. “We want all sides to come together in peace and harmony.”