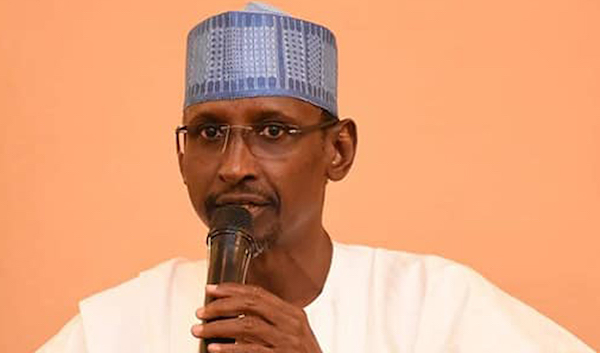 The Minister of the Federal Capital Territory Authority (FCTA), Malam Muhammad Bello has ordered the immediate arrest of hoodlums responsible for the looting of warehouses in Abuja where Covid-19 palliatives were stored.

The FCTA Minister who issued the order at an emergency meeting in Abuja on Monday where he stated that there would be massive deployment of security operatives in and around the factories at the Idu Industrial Layout, also advised the hoodlums to return the looted food items immediately.

He said; “What is going on is no longer #EndSARS protest but broad daylight stealing by hoodlums.

“No nation can survive without food reserves which are now being looted across the country,” Bello noted.

Similarly, Osun State Governor, Gboyega Oyetola also issued an ultimatum to hoodlums who looted warehouses in the State where Covid-19 palliatives were stored.

Governor Oyetola who issued the ultimatum on Sunday during an assessment tour of some of the locations attacked warned that failure to abide by the directive will lead to the prosecution of anyone arrested for the act.

While speaking with newsmen during the assessment tour of some of the locations attacked, Governor Oyetola told the culprits to surrender all stolen items to the security agencies, traditional rulers, local government chairmen and community leaders close to them.

I don’t mind if I live the rest of my life in Nigeria – Army chief, Buratai, waves off threat of visa ban