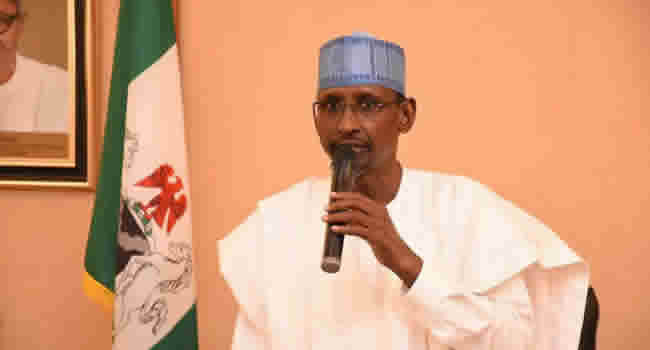 The Minister of Federal Capital Territory (FCT), Muhammad Bello, has called for the inclusion of critical stakeholders in the management of the city’s Health Insurance Scheme (FHIS).

The minister, according to a statement issued on Sunday by the FHIS Public Relations Officer, Mr. David Barau, made the call when he met the agency’s management team led by its Director, Dr. Ahmed Danfulani, in Abuja.

Bello, who stressed the importance of having many medical doctors in the scheme, however, noted that the scheme was not meant for doctors alone but other critical stakeholders that would complement the efforts of the organisation.

He urged the FHIS Human Resource Department to ensure equitable distribution of professionals in the scheme.

The minister said: “The scheme is not a typical hospital. I noticed that the first three members of the management team are medical doctors, yes it’s health-related, but really it is a huge enterprise and it’s going to be a huge financial enterprise.

“It will be dealing with people and dealing with a huge amount of money, so it is more than just a medical profession.

“It is important to have an organisation that is full of sound financial management and ICT base because you are going to deal with a lot of information and data.

“So, it is beyond just medical, it is a huge enterprise that is to be run based on strict financial regulation and best business practices. So you as the head, this is something you have to think very carefully.”

Bello also directed the leadership of the FHIS to ensure that residents of the FCT were adequately enlightened about the services of the scheme.

FAAN rules out shut down of Kaduna airport despite kidnap incident