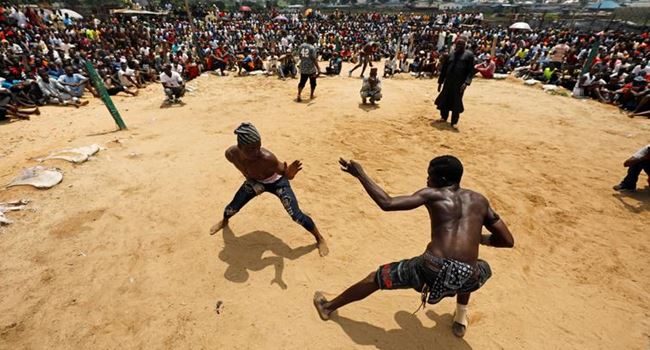 Head, Media, Public Enlightenment and Advocacy of the Taskforce, Ikharo Attah, who led the demolition team, said it became imperative to demolish the local wrestling and drama theatres popularly called ‘Gidan Drama’ and ‘Gidan Dembe because the operators could not stop activities in the arenas.

Attah also revealed that in one of the centres observed during surveillance, thousands gather to watch nude dancers adding that wearing of face masks, physical distancing and sanitizing of the hands do not exist there at all.

He also revealed that no fewer than 25 persons including motorists and commuters were arraigned for violating health protocols.

Attah said; “Thousands of people gather at these local entertainment centres to watch artists and wrestlers perform. In one of the centres, we observed during surveillance that thousands gather to watch nude dancers. Facemasks, physical distancing and sanitizing of the hands do not exist here at all.

“Most of the commercial drivers arrested carried too many passengers and overloaded their vehicles in contravention of the COVID-19 Transportation Guidelines and Protocols”.

He also added that one of the arrested drivers was sentenced to one-week imprisonment for assaulting a policeman attached to the taskforce and ramming his car into a police van while trying to evade arrest.

Related Topics:COVID-19FCTAFCTA COVID-19
Up Next

Why our formations rejected suspects from Amotekun corps —Oyo Police