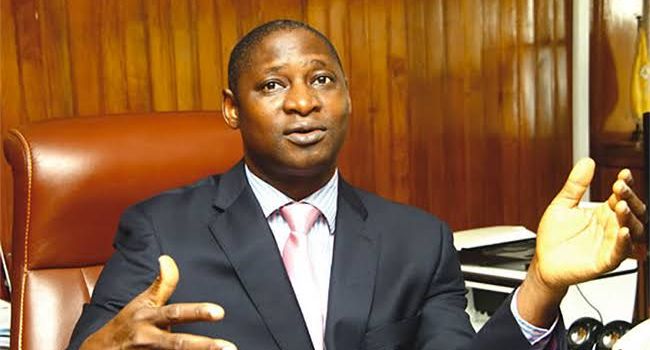 The Nigerian Organized Private Sector (OPS) has requested clarification on who should get the August Value Added Tax (VAT) collected by businesses, which is due for remittance tomorrow, September 21.

Should the companies get their way, it may have a big impact on the September monthly allocation, which is expected to be given to the 36 states in two weeks.

The concerns for states is even compounded when taken into account that the Nigerian National Petroleum Corporation (NNPC) had earlier announced it will deduct a total sum of N215.32 billion from its remittance to the Federation Account and Allocation Committee (FAAC) in September 2021.

At a joint news conference in Lagos on Friday, the OPS, led by their chairman, Taiwo Adeniyi, said the consequences of the current VAT ‘war’ between the Federal Inland Revenue Service (FIRS) and some state governments, portends grave danger for the business community and the fragile economic recovery being witnessed in Nigeria.

The OPS noted that although the FIRS is relying on the VAT Act, 1993 to collect VAT throughout the country, the judgment in August 2021 delivered by a Federal High Court in Port Harcourt and the subsequent pronouncement by the Appeal Court asking the parties involved to maintain the status quo has put businesses in a state of confusion.

“In a similar trend, Lagos State government also enacted a VAT law for the state, and there are indications that other state governments might also enact VAT laws in their respective states.

“It is also public knowledge that the Appeal Court sitting in Abuja has made further pronouncements to the effect that the status quo be maintained. And Rivers State has appealed against this at the Supreme Court.

“As the umbrella bodies representing the interests of organised businesses in Nigeria, we are seriously concerned at the consequences of the on-going controversy. While organised businesses have remained law-abiding, fulfilling their tax obligations to both the federal and state government, it would be an aberration to punish businesses or make them suffer from the proverbial two elephants fighting. It is, in our opinion, that the conundrum be addressed timely as delay can fester negative effect on businesses, most especially in collection and remittance of VAT to relevant authority,” the OPS stated.

Speaking further on the issue, Adeniyi who doubles as president of NECA, said the OPS was not against payment of taxes and levies in the country, but pointed out that the ongoing situation creates an environment of uncertainty.

This, he argued, not only affects business competitiveness but also its sustainability. “We are merely collecting agents in this matter and should not suffer while offering this pro-bono service,” he contended.

He added: “Without a clear path, this would further aggravate the pain on businesses. We, therefore, appeal that the FIRS and the states should engage in the interest of enterprise competitiveness and national development. We appeal that while the issue remains in the legal quarters, FIRS and the states should not throw organised businesses under the bus, the OPS submitted.

Govt is the problem of Nigeria’s economic growth —Moghalu