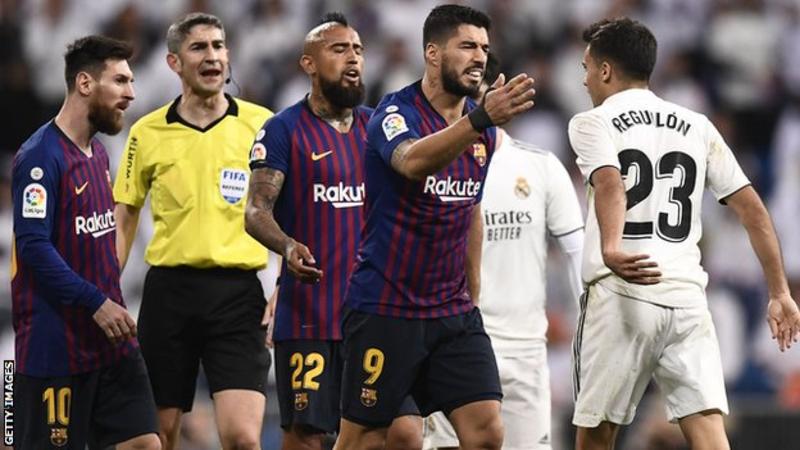 The long-awaited El Clasico between La Liga champions, Barcelona and Real Madrid has been postponed because of fears of civil unrest.

The match, initially scheduled for October 26 at the Camp Nou, will now hold in a later date, yet to be decided.

There have been days of protest in Barcelona after nine Catalan separatist leaders were jailed on Monday.

Protests have continued into a fifth day in Spain’s Catalonia region with protesters clashing with riot police.

There had been calls to switch the game to the Bernabeu due to the crisis but both Barcelona and Real Madrid disagreed with the calls.

La Liga made the postponement request because of “exceptional circumstances beyond our control” as more protests are expected in Barcelona on the day of the match.

The clubs must agree a new date by Monday.