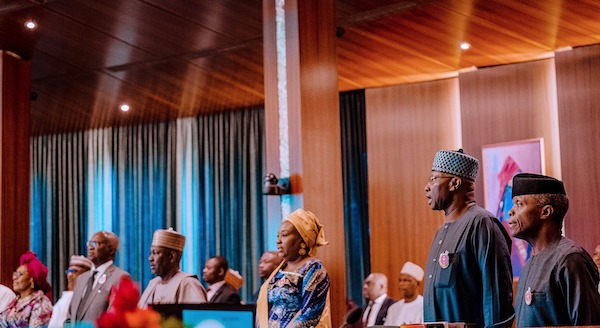 For the fourth time since President Muhammadu Buhari was inaugurated for the second term in office, Vice President Yemi Osinbajo on Wednesday presided over the weekly Federal Executive Council (FEC) meeting at the Council Chamber of the Presidential Villa, Abuja.

Osinbajo arrived at the Council Chamber of the Presidential Villa, Abuja, venue of the meeting at 11:03 a.m. and immediately called for a rendition of the national anthem.

The Secretary to the Government of the Federation, Boss Mustapha called for a minute silence in honour of the former Minister of Petroleum Resources, Prof. Tam David-West who died during the week at the age of 83.