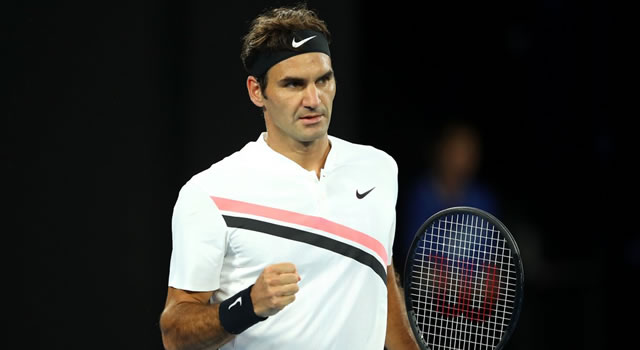 Defending champion Roger Federer has reached his 14th Australian Open semi-final with a straight-sets victory over Tomas Berdych, and remains on course to lift a 20th Grand Slam title.

It was their 10th meeting at Grand Slams, an eighth win for the Swiss player and a victory over Berdych in three straight years in the Aussie Open.

“I hung around, got a bit lucky, a bit angry, a frustrated, maybe at the umpire, but I actually thought the call was good anyway!” said Federer, who got involved in a row with the umpire over Hawkeye’s inability to show a call on the big screen.

“I was just frustrated and a bit antsy. I’m happy I got out of that first set. It ended up being key to the match. Tomas was great.”

Federer goes on to face unseeded 21-year-old Hyeon Chung, who conquered Novak Djokovic, in the last four on Friday.

When asked about his semifinal opponent, Federer said: “It’s great to see new names on the scene… He (Chung) is incredibly impressive in his movement. Reminds me a lot of Novak (Djokovic).”

Meanwhile, Britain’s Kyle Edmund will take on Croatian sixth seed Marin Cilic in the other Men’s Singles semi-final on Thursday.