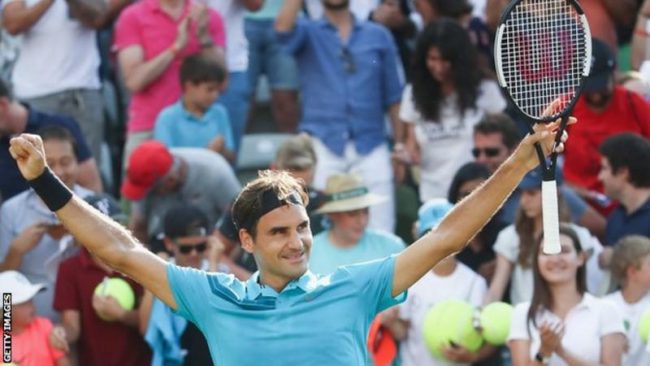 After ensuring his return to world number one spot by reaching the final, Roger Federer went on to win the Mercedes Cup in Stuttgart by defeating Milos Raonic 6-4 7-6 (7-3) on Sunday.

The competition was his first for two and a half months, as the Swiss had not played since the Miami Open after choosing to miss the clay-court season.

“I played very well throughout the tournament, it is a great comeback for me. I am so happy to have won,” said Federer.

“I was hoping to play a couple matches here but I have played four and won them all. The last few have been very good.

“I hope I keep it up at Halle and Wimbledon. It will give me a boost as well being back at world number one.”

Federer will be aiming for a record 10th title when he competes at Halle next week, and a 21st Grand Slam title at Wimbledon which begins on 2 July.

Federer will return to world number one in the latest ATP rankings on Monday.

​​’I missed five penalties in a row’ – Maradona stands with Messi