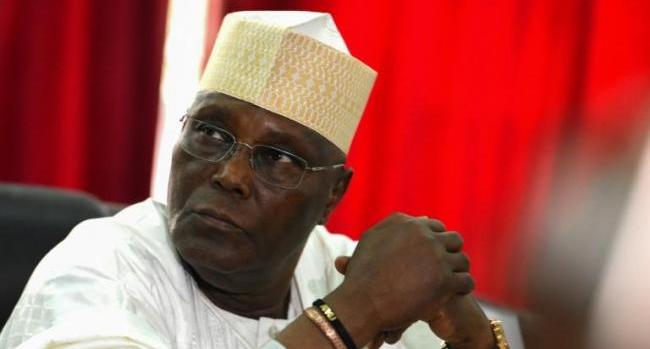 The National Working Committee (NWC) of the Peoples Democratic Party (PDP) has said that comments by its presidential candidate, Atiku Abubakar, on national issues have been patriotic and within his constitutional right of freedom of speech.

The party described recent warning issued to him by the All Progressives Congress (APC) over his alleged felonious comments as a sign of jitters.

It said Buhari and APC were jittery that “President Muhammadu Buhari’s defence is collapsing at the Presidential Election Petition Tribunal,” hence the opposition party and the President “have become desperate to use underhand methods to stop Atiku.”

The APC had in a statement on Tuesday accused Atiku of “usurping” the role of President Buhari, which they claimed amounted to felony.

The allegation followed Atiku’s congratulatory message to the UK’s new Prime Minister, Boris Johnson, a move the APC called the latest in a long list of actions attempting to assume the role of the President.

But in a statement the PDP national spokesman, Kola Ologbondiyan, released on Wednesday, he refuted the claim, accusing the governing party as using the claim as an excuse to carry out sinister plots against Atiku.

“The National Working Committee (NWC) of the Peoples Democratic Party (PDP) has noted the statement by the All Progressives Congress (APC) ‘warning’ the people’s candidate, Alhaji Atiku Abubakar, against making comments on the state of the nation and that his patriotic reactions to pressing national issues amount to a felony.

“The PDP emphatically states that Atiku Abubakar’s comments on national issues have been patriotic and within his constitutional right of freedom of speech, not only as a citizen of this Federal Republic, but also a former Vice President, as well as a leader and Presidential candidate of the PDP, the party that commands the followership and solidarity of overwhelming majority of Nigerians.

“As a responsible political party, we boldly state that none of the statements made by our presidential candidate falls within the realm of felony in anyway whatsoever.

“However, intelligence available to the PDP largely posits that the threats against Atiku Abubakar emanated from certain persons around the Buhari Presidency who are jittery that President Muhammadu Buhari’s defence is collapsing at the Presidential Election Petition Tribunal, for which they have become desperate to use underhand methods to stop Atiku Abubakar.

“The PDP invites Nigerians to note that the renewed allegations against Atiku Abubakar came after a witness told the court, as has been publicly reported, that the Army never required any enlisted officer to submit his WAEC certificate, in total contradiction to claims that Mr. President’s certificates were in the custody of the Army,” PDP statement read in part.

READ ALSO: When APC called Buhari a sitting President, they were right, because he sits doing nothing – Omokri

The party then called on the APC to rather get ready for justice instead of seeking ways to frame Atiku Abubakar on flimsy and unconstitutional grounds.

“Moreover, the APC is reminded that while the PDP was in power, it never gagged the APC and its leaders, including President Buhari, from exercising their freedom of speech and freedom after speech, in line with our laws.

“We note that General Muhammadu Buhari issued over 160 statements while he was in the opposition, including inflammatory remarks like the one that called on his supporters to take their fate in their own hands. It is instructive to note that none of the PDP administrations threatened General Buhari over such comments,” PDP added.

Related Topics:atiku abubakarFelonyPDP to APC on Atiku’s alleged felony
Up Next