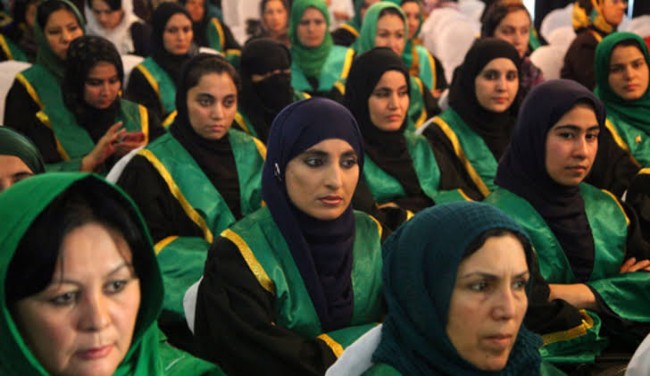 Female judges in Afghanistan say they are being threatened and haunted by men they convicted for rape and murder, after they were freed from prison by the new Taliban regime.

Speaking to the BBC on behalf of over 200 female judges in the country who are currently in hiding, six former female judges said they had to go into hiding after recieving threats from the men they imprisoned.

The women said they were moving every few days, as the Taliban had been searching for them, visiting their former homes and harassing their relatives.

The six female former judges who had dealt with cases like murder, torture, rape, and violence against women, said they were just six of the 220 female judges across Afghanistan who were now in hiding.

According to the report, every one of them had received death threats and had to change their phone numbers.

All of them say they have been changing their locations every few days to avoid being tracked down.

One of the judges who was identified simply as Masooma, had sentenced a man to 20 years in prison for murdering his wife.

“After the case was over, the criminal approached me and said: ‘When I get out of prison, I will do to you what I did to my wife,'” Masooma said.

She added that, since the Taliban takeover, “he has called me many times and said he has taken all of my information from the court offices.”

“I can still see the image of that young woman in my mind. It was a brutal crime.

“At the time I didn’t take him seriously. But since the Taliban took power, he has called me many times and said he has taken all of my information from the court offices.”

In her career as a judge, Masooma had convicted hundreds of men for violence against women, including rape, murder and torture.

But just days after the Taliban took control of her city and thousands of convicted criminals were released from prison, the death threats began.

“It was midnight when we heard the Taliban had freed all the prisoners from jail,” says Masooma.

“Immediately we fled. We left our homes and everything behind.

“Sometimes I think, what is our crime? Being educated? Trying to help women and punish criminals?

“I love my country. But now I am a prisoner. We have no money. We cannot leave the house.

“I look at my young son and I don’t know how to explain to him why he can’t talk to other children or play out in the hall. He’s already traumatised.

“I can only pray for the day when we will be free again.”

Another woman named, Sanaa, who was a judge for more than 30 years, said she had received “more than 20 threatening phone calls from former inmates who have now been released.”

For more than three decades, Judge Sanaa investigated cases of violence against women and children.

She says the majority of her cases involved convicting members of the Taliban as well as militant group Isis.

“I have received more than 20 threatening phone calls from former inmates who have now been released.”

She is currently in hiding with more than a dozen family members.

She said that a male relative who returned to her family home was met by a Taliban member looking for her, and that the fighter beat him so badly that he had to go to the hospital.

Another of the six female judges, Asma, said:

“I wanted to serve my country, that’s why I became a judge,” says Asma, speaking from a safe house.

“In the family affairs court, I dealt mostly with cases involving women who wanted a divorce or separation from members of the Taliban.

“This posed a real threat to us. Once, the Taliban even launched rockets at the court.

“We also lost one of our best friends and judges. She disappeared on her way home from work. Only later was her body discovered.”

But a Taliban spokesman, Bilal Karimi, who was asked to comment on the allegations, said:

“Female judges should live like any other family without fear. No-one should threaten them. Our special military units are obliged to investigate such complaints and act if there is a violation.”