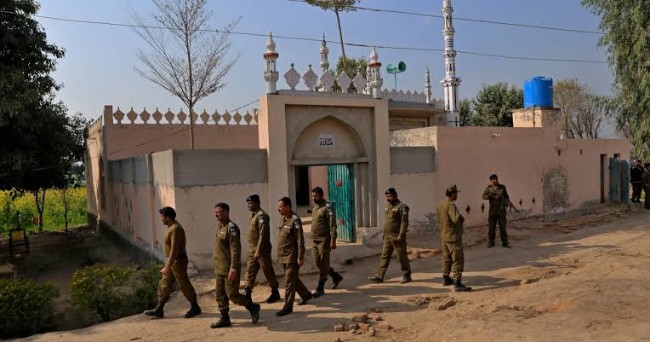 A female Pakistani teacher at an all-girls religious school in the Khyber Pakhtunkhwa province of the country, has been killed by her female colleagues and students who stabbed her to death for alleged blasphemy, the police has confirmed on Wednesday.

The teacher, Safoora Bibi, was accused of blasphemy by a female colleague and two students, which is seen as a very serious offence and a hugely sensitive issue in the country which had led to many being lynched or sentenced to death.

The latest incident, according to the police, took place on Tuesday in Dera Ismail Khan in the country’s northwestern province which shares borders with Afghanistan.

Police said two students and a teacher ambushed Bibi at the main gate of the school and attacked her with a knife and stick.

“She died after her throat was slit,” police official Saghir Ahmed.

“The main suspect is a colleague who planned the crime with two nieces studying at the Jamia Islamia Falahul Binaat school,” Ahmed said.

“The girls told the police that a relative had dreamed the dead woman had committed blasphemy against the Prophet Muhammad,” he said, adding they were also investigating if the main suspect, Umra Aman, had a personal grudge with the victim.

Another police officer, Azeem Khan, who also confirmed the incident, said the students were brainwashed by the main suspect.

Related Topics:Pakistan Teacher
Up Next