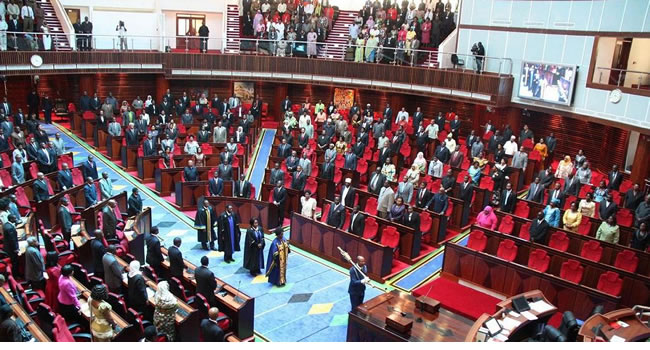 A female member of the Tanzanian Parliament, Condester Sichwale, was on Tuesday, humiliated and thrown out of the parliament by the Speaker of the House, for wearing trousers.

Sichwale who represents Momba District, had arrived at the parliament wearing a yellow peplum blouse and black trousers but one of her male colleagues, Hussein Amar, complained about how she was dressed.

“Parliament is a mirror of society and Tanzania, and some of our sisters are wearing strange clothes and are legislators. What are they showing to the society?” Amar, representing Nyang’wale was said to have complained.

The Speaker, Job Ndugai was said to have asked Amar who he was referring to and Amar pointed in Sichwale’s direction.

Ndugai, after berating Sichwale for some minutes, ordered her to leave and change into a more decent clothe before she would be allowed back in parliament.

She was ushered out of the sitting by security details but later returned after she had changed into a skirt suit.