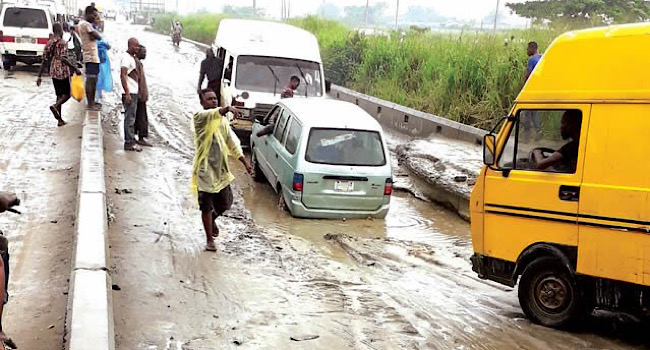 The Federal Roads Maintenance Agency (FERMA) has stated that the ongoing rehabilitation of a section of the Lagos-Badagry Expressway is at 88 per cent completion.

This was contained in a statement issued by the FERMA South West 2 Zonal Coordinator, Mr Rufus Onimisi, during an interview in Lagos on Thursday.

Onimisi said that the project contractors were fast-tracking construction on the project which spans from Igboelerin to Agbara.

He said that the project which was earlier supposed to be completed in November 2020 was extended to April this year because the contractor lost a lot of time to the COVID-19 pandemic.

He said that the project contractors, Wizchino Engineering Ltd, had been doing night operations in order to complete the 24-kilometre project ahead of schedule.

He said that rehabilitation works had been done to the final layer on about 22 kilometres and assured that the project would be delivered in March, a month ahead of schedule.

“So far, we have done drainage works, kerb works, access culverts, and work on the main carriageway.

“This comprises scarification, stone base, binder and wearing course and desilting works too, desilting of silted drainages.

“Right now, I can conveniently say the project is about 88 per cent completed.

“Drainage works completed is about 1.6 kilometres. The portion we are working on is 12 kilometres on each lane.

”So, the two carriageways is 24 kilometres out of which the asphalt we have done is about 11 kilometres on each lane, totaling 22 kilometres completed.

“At the rate at which rehabilitation works is going, I expect that by the end of March we should be through with the project even though the project was extended to April,’’ he said.

He added that within a fortnight, work would have been at the final stage or a level of just putting some minor finishing touches to the rehabilitation works.

Onimisi said that although the high vehicular volume was affecting the construction, the commitment of law enforcement and traffic regulatory agencies helped to surmount the challenges.

Ripples Nigeria garnered that three independent contractors are working on the highway under the supervision of the Lagos State Government, FERMA, and the Federal Ministry of Works and Housing.

The Federal Ministry of Works and Housing is supervising work from Agbara to Badagry.

WIKE TO OTHER GOVS: Covid-19 not excuse for non-performance