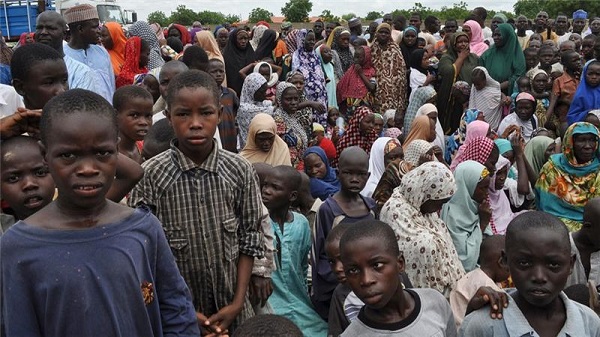 The federal government is set to allocate N27.4 billion as intervention fund for victims of conflicts, insecurity and flooding across the country

This was announced by the Vice-President of the National Food Security Council and Gov. Atiku Bagudu of Kebbi, after the Federal Executive Council (FEC) meeting, which was presided over by President Muhammadu Buhari at the Presidential Villa, Abuja.

In his announcement, Bagudu said the council’s approval followed the submission and subsequent consideration of two memos from the national food security council which is chaired by President Buhari and was inaugurated in March 2018 by him.

READ ALSO: 2019 election was a sham, lawmaker says as Senate condemns use of military

The governor revealed that N8.58billion of the amount (N27.4billion) was approved for 69,872 victims of conflicts and insecurity in Adamawa, Benue, Borno, Plateau, Taraba, Yobe and Zamfara.

He said, “First, it approved the intervention for states that have been affected by conflicts and insecurity, where many have been displaced from their homes and some are living in Internally Displaced Persons camps.

“While support has been given in terms of accommodation, food, welfare, the national food security council considered the importance of helping them restore their livelihood activities, particularly agricultural activity.

“The beneficiaries are estimated to be about 69,872 people. The intervention includes provision of fertiliser, seedlings, chemicals, poultry and animals to enable them resume economic activity,’’ he said.

The governor also stated that the remaining balance of N18,942,818, 912 was approved for 14 states of the federation that were severely affected by flooding in the country.

“Secondly, council considered and approved the submission, which originated from national food security council on states that have been severely affected by flooding.

“It is not an exhaustive list because the National Emergency Management Agency statutorily provides all states that experience one emergency or the other.

“Last year, there was unusual amount of flooding in some states about 14 of them and the national food security council considered the impact of that flooding on the agricultural sector, food security, animal husbandry and fisheries.

Bagudu said that contracts would be awarded to 15 companies to provide seedlings, agro chemicals and fertilisers to 163,117 beneficiaries located in 14 states.

The governor maintained that, as part of the work of national food security council, other interventions were being worked upon for the fishing communities and also the livestock sector.