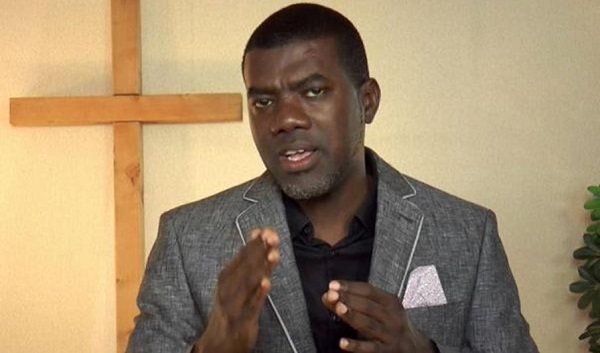 Reno Omokri, a former aide to ex-President Goodluck Jonathan has taken to his Twitter handle to lambast the minister of information and Culture, Lai Mohammed following the statements he made in a press conference.

In the conference that took place on Tuesday, Mohammed suggested that the government was aware of the hideouts of kidnappers, however, security agencies must thread with caution to desist from civilian casualties.

“One of the most difficult things to do, for a democratically-elected government, is to use the instruments of coercion against its own people.

“For example, while the nation’s military has superior firepower over the ragtag band of Boko Haram and ISWA, the terrorists most often than not operate among the populace, either in our villages or towns, hence the military, in tackling them, is usually careful to avoid collateral damage.”

Reacting to the statement in a string of tweets on Wednesday, Omokri said that the government was not careful with #EndSARS protesters last October when soldiers allegedly opened fire on youths at the Lekki toll gate in Lagos, injuring over 30 protesters and allegedly killing some youths.

“Lai Mohammed says the Buhari government knows where kidnappers are, but are only being ‘careful’. But why was the Buhari administration not careful during #LekkiMassacre, or when they massacred Nigerian Shiites?

“Why is their mercy only reserved for kidnappers?

“Lai, why is your government now appealing to bandits and herdsmen? Did you ‘appeal’ to #EndSARS protesters before massacring them, or to the people of Orlu before slaughtering them? The Buhari administration is a useless embarrassment!”

Moments after the tweets surfaced, netizens have reacted to the trending topic.

Here is a cross section of comments from social media commenters.

Elrufai said they were monitoring the kidnappers and planned on killing them all even if it means losing a few of the students, what about now that the students have been successfully released, why have they (kaduna state governor and military) not destroyed the kidnappers?

They're only protecting their family members.

I have suggested to Mr Lai Mohammed saying, since he knows where the kidnappers are, thats fine and good, let them split Nigeria into many different nations so that Biafrans can go home, then he Mr Lai can live with the kidnappers because he knows them

The APC govt has no political will to fight the insecurity. It is pursuing the implementation of the fulanisation and islamisation agenda as well as turning the entire southern part of the country into a cattle colony.

In all my readings and experience in life, A leader that fail to response to any unrest in his domain is partially or solely responsible for such happenings, he must be call for questioning, and such leader must just honor his integrity and declear himself unfit for it

The man Lai may be taken serious for once , this statement may confirm the widely held impression that powerful forces are behind kidnappings in the country…